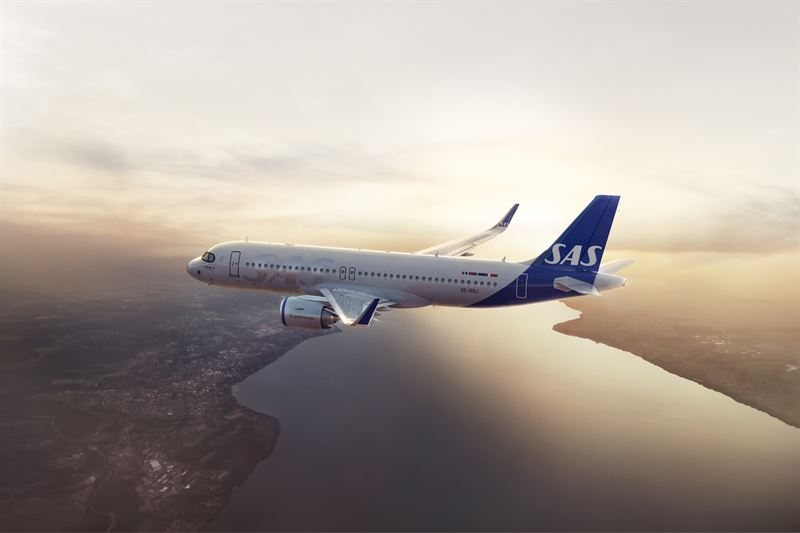 SAS presents its 2023 summer program with more than 200 routes

The new summer program includes more than 200 routes, and the number of flights will continue to rise on major domestic, Scandinavian and international routes as demand for travel is expected to continue to increase.

In light of strong customer demand for particularly popular destinations, SAS’ overall capacity to the Mediterranean is set to exceed pre-pandemic levels. SAS is adding flights to long-time favorites in Spain from all three Scandinavian capitals as well as a fourth destination in Croatia with the start of a Copenhagen-Zadar service.

The summer traffic program includes a major capacity expansion to Italy. SAS will have up to 156 weekly flights on sale between Scandinavia and Italy with the new service from Oslo to Catania, Florence and Venice as well as from Bergen to Milan. In addition, SAS is adding flights to existing destinations such as Milan, Bologna and Rome. Milan will be served up to three times daily from Copenhagen, up to twice daily from Stockholm, and daily from Oslo. The expansion to Italy also includes more flights from Copenhagen to Florence as well as to Catania and Palermo on Sicily.

SAS offers nine new European destinations and one new domestic route in Norway this summer. SAS is flying from Oslo to Antalya, Florence, Catania, Venice, Larnaca and Stuttgart, and from Bergen to Milan and Nice. Additional new routes from Haugesund-Trondheim and Haugesund-Copenhagen is also introduced, as well as increased frequency between Ålesund and Copenhagen – in total providing even better connections in the western part of Norway.

Adding to an already extensive international network of both intercontinental and European destinations out of Copenhagen, SAS offers seven new routes this summer by flying from Copenhagen to Porto, Larnaca, Antalya, Haugesund, Newquay/Cornwall and Zadar as well as JFK in New York.

SAS also has continuous focus on domestic routes in Denmark and Sweden with the aim to provide better connections between the Danish and Swedish airports and European destinations. The summer program includes additional morning departures from Aalborg to Copenhagen, adding up to eight daily. SAS will serve Aarhus-Copenhagen with up to five daily flights. SAS is increasing the number of departures between Stockholm and the largest domestic destinations in Sweden, such as Luleå, Gothenburg and Umeå. In addition, SAS offers four new routes from Stockholm to Antalya, Ibiza, Montpellier and Vaasa.

During the summer there will be a continuous increase in flights to major European capitals in order to provide travelers with the best connectivity.

We are pleased to present our program for this summer, and we are delighted to see a continuous increase in demand for travel. The summer offering includes several new destinations as well expanded capacity to already existing popular summer destinations. SAS will continue to add to our already extensive network during the coming months with several exciting new destinations. We look forward to a busy summer and to welcoming our passengers onboard,” says Erik Westman, EVP & CCO, Network and Revenue management.

The following new routes are introduced as part of the summer 2023 program:

You may also be interested in:  Ink by Hudson: A Wine Bar & Contemporary Bookstore Opens at Gerald R. Ford International Airport

You may also be interested in:  Emirates introduces cold coffee choices onboard First and Business class

Book your next flight today on flysas.com