A study by 1st Move International has brought together data from the Aviation Safety Network (ASN) and the World Health Organisation (WHO) to reveal the riskiest ways to travel.

The study delivered some surprising and unexpected trends, brought together in a fascinating set of data visuals.

The deadliest decade for air travel

To date, the 00’s has been the most dangerous decade for air travel, with an incredible 8,324 fatalities recorded across 33 accidents. Compare this to the 60’s where just 310 deaths were recorded.

On average, each airliner accident in the 00’s caused 252 fatalities compared to the 90’s which had a 25% lower death rate of 199 fatalities per airline accident. 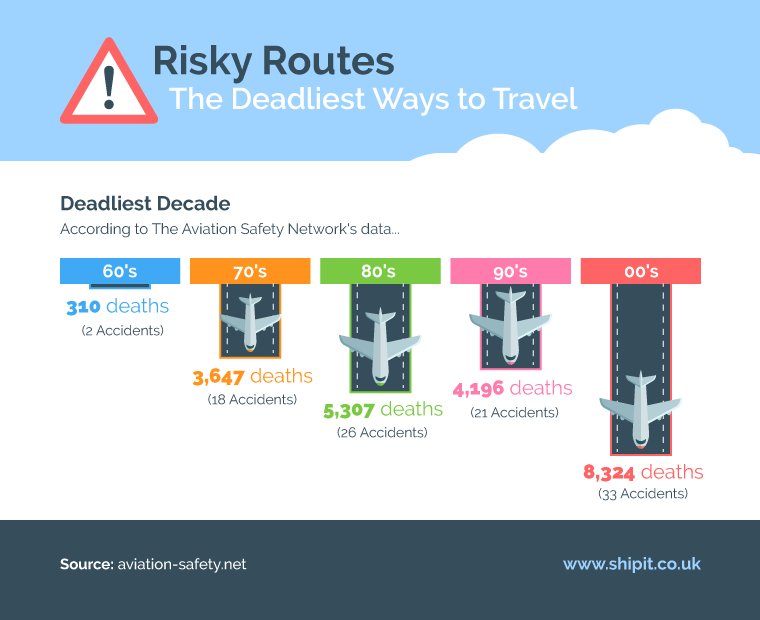 According to the data, the airline company with the most overall accidents is American Airlines, with 2,578 fatalities across 5 accidents. Interestingly, British Airways does not appear at all on the list from the ASN. 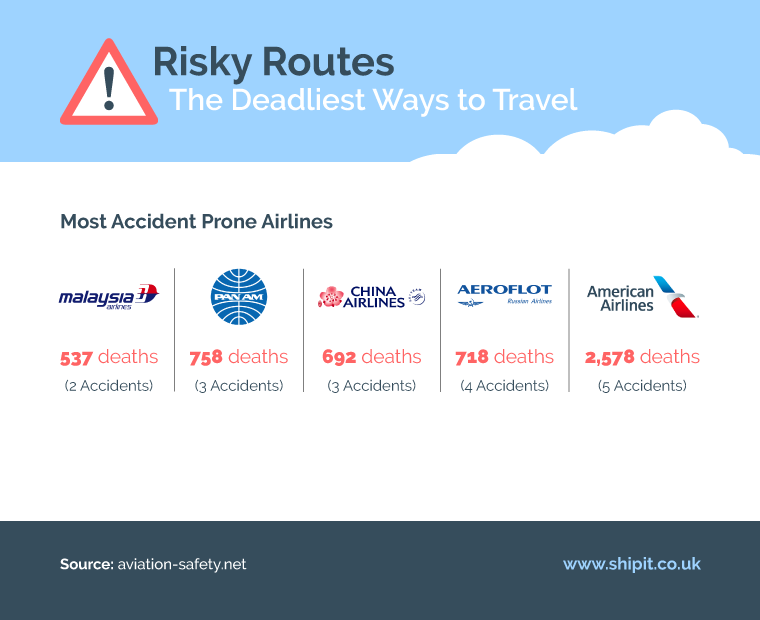 Boeing, Airbus and DC are amongst the top three aircraft models with the most accidents attributed to them. 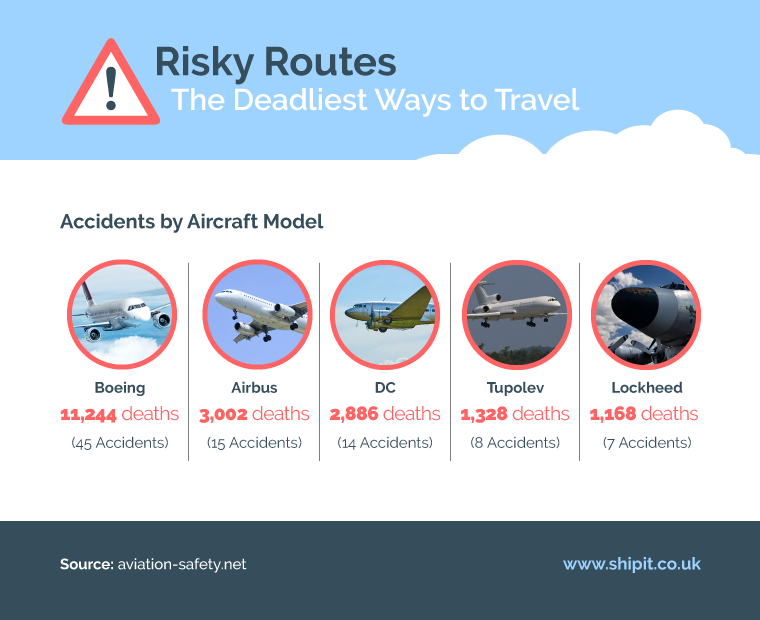 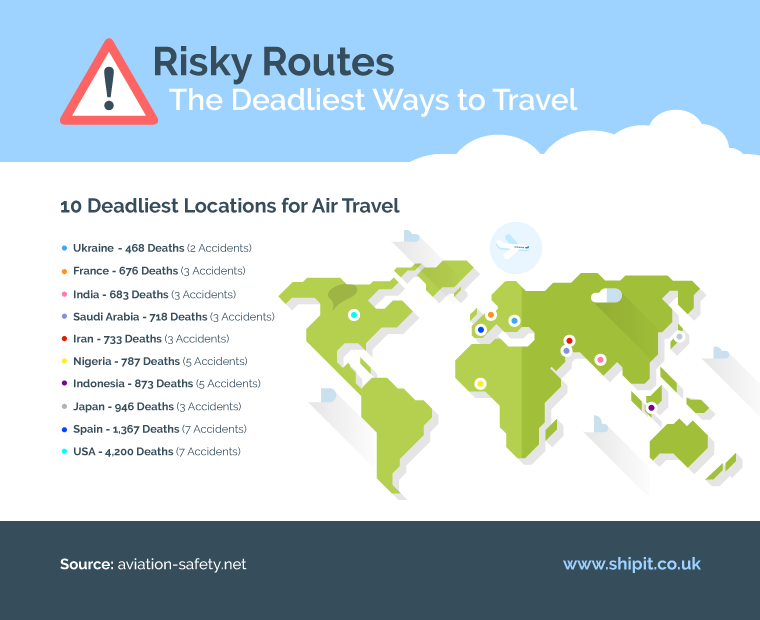 Even with both feet firmly on the ground, it can still be a dangerous way to travel. India, China and Brazil are the top three most dangerous destinations for road travel. 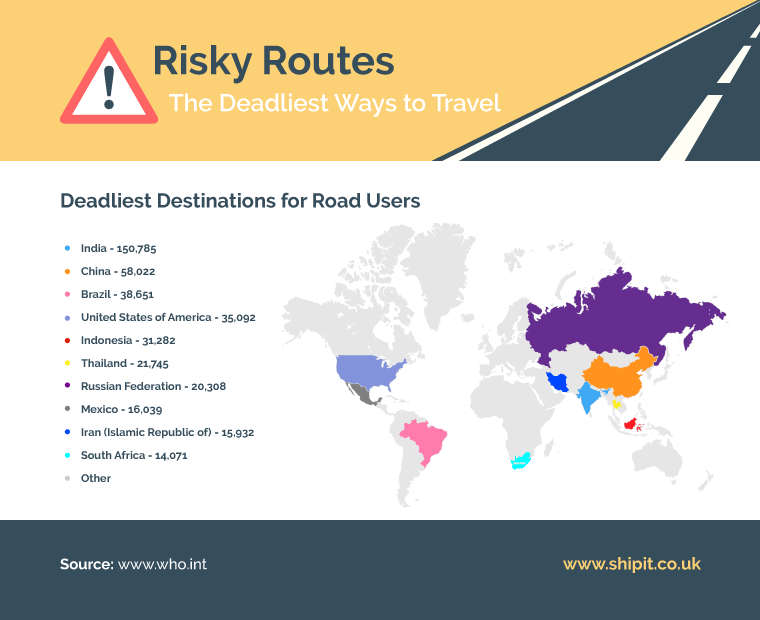 Are any of these destinations on your travel bucket list? Even on 4 wheels, there’s still a risk of danger, according to the data from WHO. 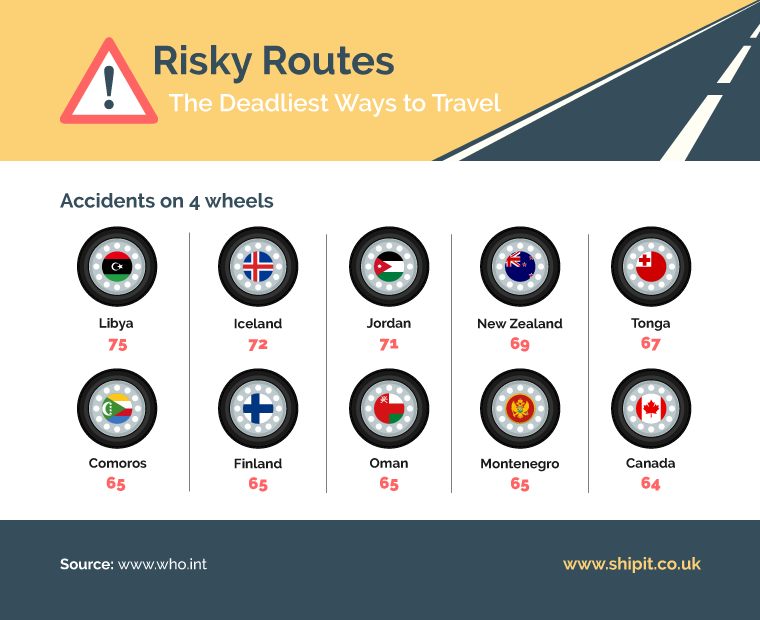 Depending on where you travel, two wheels may be safer than four, with Dominica and the Netherlands topping the list for the riskiest places for travelling by pedal-power. 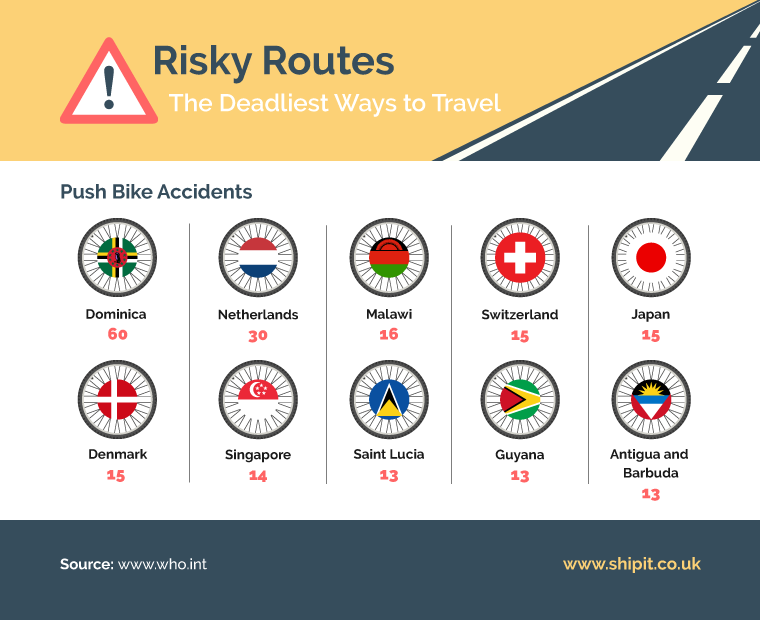 India, Turkey and South Africa are three of the most unpredictable places to travel by rail, with a total of 136 fatalities reported by WHO in 2018. 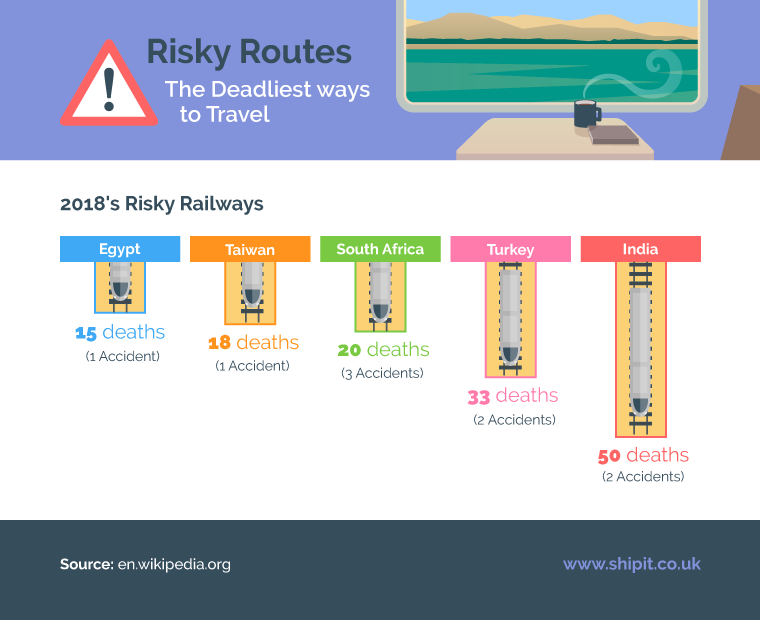 Adam Limerick, overseas removal expert from 1st Move International comments on the results of the study:

“It is widely acknowledged that road traffic accidents are one of the biggest cause of fatalities around the world, but despite the obvious progress in many countries, the annual road death figure continues to rise.

“Young people appear to be affected the most, with the WHO data suggesting that road traffic accidents are the leading cause of death of those aged between 5 and 14 years old.

“Interestingly, the data proved that whilst low-income countries have just 1% of the world’s vehicles, they account for an incredible 13% of all road traffic fatalities, worldwide.

“Whether we travel by road, rail, air or sea, everyone has the right to a safe journey, wherever they are moving to.”

The results of the study have been displayed in a set of data visualisations which can be found here: http://bit.ly/2WkcYdY

The raw data tables can be found here: http://bit.ly/2IVwDO9

1st Move international are an overseas removals company based in the UK specialising in relocation services all around the world. Find out more here: https://www.shipit.co.uk/