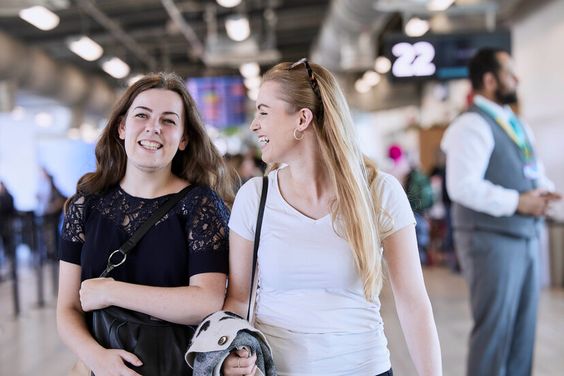 Luton, UK, 2023-Jan-12 — /Travel PR News/ — A busy Christmas period saw London Luton Airport (LLA) welcome 1.1 million passengers in December. The successful close to the year included LLA’s busiest Christmas Day on record that saw over 12,000 departing passengers welcomed through its doors, taking the airport’s 2022 passenger total to over 13.1 million. LLA’s operational performance in 2022 remained consistently strong, leading four out of five passengers to rate their experience at the airport as either very good or excellent*.

The airport is now looking ahead to a landmark 12 months that will include its 85th birthday celebrations in July, as well as the transformational opening of the new DART (Direct Rail Air Transit) service that will transport passengers between LLA and Luton Airport Parkway railway station. The DART will reduce journey times between the airport and more than 60 stations across the Thameslink and East Midlands Rail networks, including 22 stations in Greater London. Passengers travelling to the terminal from London St Pancras will be able to do so in around 30 minutes.

Alberto Martin, CEO of London Luton Airport, commented: “It has been an extremely exciting 12 months for London Luton Airport. Our teams have worked incredibly hard to deliver a consistently smooth and friendly passenger experience and this was reflected in the overwhelmingly positive customer satisfaction results that were achieved over 2022. Our focus now is to maintain our strong operational performance this year, as look forward to celebrating LLA’s 85th birthday and the landmark opening of the DART, reaffirming our continued commitment to growing responsibly and sustainably.”

You may also be interested in:  Face coverings at Heathrow no longer mandated from Wednesday 16 March

–    An historic visit from His Majesty King Charles III who became one of the first people to experience the DART service
–    Being named as best performing company by GRESB, an internationally recognised sustainability framework that benchmarks environmental, social and governance (ESG) management and performance. LLA was ranked first among all participating assets, achieving a maximum score of 100 and a 5-star rating
–    Being named runner-up in the ‘best airport’ category in the 2022 Condé Nast Readers’ Choice Awards
–    New destinations, including Amman, Dubrovnik, Sarajevo, Sharm El Sheik, Tallinn and Kefalonia
–    New shops and restaurant openings including The Big Smoke Taphouse and Kitchen, Mexican street food specialist, El Mexicana and The Bookshop by WH Smith

London Luton Airport (LLA) is one of the UK’s busiest airports, carrying over 13 million passengers in 2022.

The airport is operated by a consortium of which the majority shareholder is AENA, the world’s largest airport operator, and AMP Capital, a specialist global investment manager. Airlines include easyJet, Wizz Air, Ryanair, Tui, FlyOne, Sun Express and El Al.

Supporting London Luton Airport’s focus on sustainable growth, this year will see the launch of a new electric-powered, energy-efficient light rail system linking LLA with Luton Airport Parkway station. The service is being delivered by the airport’s owner Luton Rising and will reduce journey times between LLA and more than 60 stations across the Thameslink and East Midlands Rail networks, including 22 stations in Greater London.

You may also be interested in:  flydubai to start three-times weekly service to Sohag International Airport

London Luton Airport is ranked as the best performing company by GRESB, an internationally recognised sustainability framework that benchmarks environmental, social and governance (ESG) management and performance. LLA is ranked first among all participating assets, achieving a maximum score of 100 and a 5-star rating.