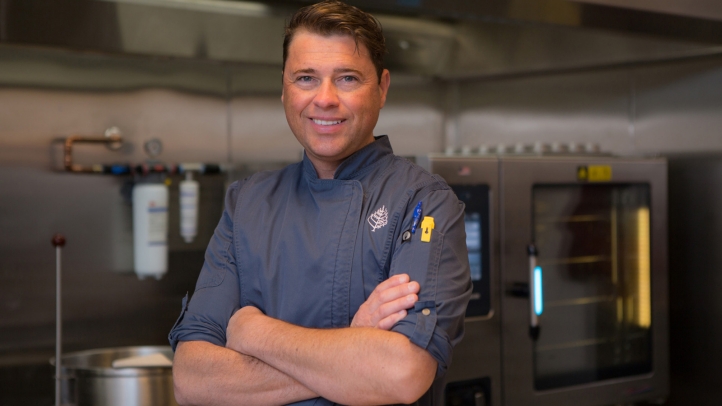 Boston One Dalton, U.S.A., 2022-Jul-13 — /Travel PR News/ — The culinary team at Four Seasons Hotel One Dalton Street, Boston welcomes Rob Differ as Executive Pastry Chef. Originally part of the opening team for the Hotel, he is an integral member of the culinary leadership team and will lead all pastry and dessert operations.

“It feels great to be back with my talented Four Seasons team,” says Differ. “I am inspired by their creative energy and look forward to dreaming up new works of art and delicious desserts for our guests to enjoy.”

Born in Baton Rouge, Differ grew up learning about the culinary world from his father, who was in front of house management in food service for Exxon refineries. He found his sense of place in the kitchen at an early age and spent time learning how to cook Cajun dishes with his mom and grandmother. His childhood dreams brought him outside of the comforts of home to France where he attended Ecole Ritz Escoffier in Paris in order to obtain the Diplôme Maîtrise de Pâtisserie qualification.

Due to Differ’s determination and passion for producing the highest quality work he built a noteworthy resume, starting with his first culinary position at the Hôtel Ritz Paris, ranked among the most luxurious hotel properties in the world.  After one further role with Ritz Carlton, Rob joined Four Seasons Hotels &and Resorts in 2008, at Four Seasons Hotel Boston, where he spent six years at the Boylston Street property before stepping outside of the company to take up a new challenge with Mandarin Oriental and celebrity chef Daniel Boulud. Most recently, Differ was the pastry chef at Boston’s newest private social club, Quin House Social Club.

Since his return to Four Seasons Hotel One Dalton Street, Boston, Differ’s culinary impact was quickly felt throughout the Hotel, with his creations playing a central role in the new French Riviera Weekend Brunch experience at One + One restaurant, the Hotel’s In-Room Dining menu, and in curating beautiful and tasty desserts for banquets and events.

“This Hotel has stunning meeting and event spaces, and I’m happy to be kept busy by our Catering team.  They are always looking for something eye-catching and bespoke – so it gives me the perfect excuse to get creative,” says Differ.

Outside of the kitchen, Differ enjoys time at his home at Ogunquit, a beautiful town on Maine’s southern coast where he loves the beach life, gardening, outdoor activities or cruising around in his classic BMW convertible.