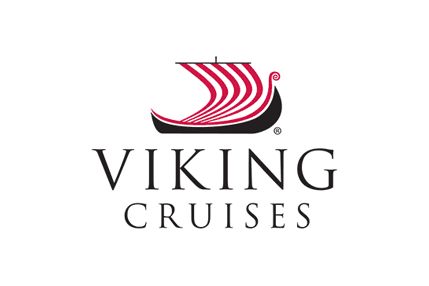 Los Angeles, CA, 2023-Jan-12 — /Travel PR News/ — Viking® (www.viking.com) named its newest ocean ship, the Viking Neptune®, with a celebration on Sunday in Los Angeles. As part of the event, the ship’s ceremonial godmother, Nicole Stott, retired NASA astronaut, aquanaut and artist, offered a blessing of good fortune and safe sailing for the ship—a maritime tradition that dates back thousands of years. The Viking Neptune arrived in Los Angeles early in the morning on January 8 and departed for Honolulu following the naming ceremony. The ship is currently sailing the 2022-2023 Viking World Cruise, an epic voyage from Fort Lauderdale to London that spans 138-days, 28 countries and 57 ports, with overnight stays in 11 cities. The naming of the Viking Neptune also comes at a time of record sales for Viking, with the launch of Viking’s new 25th Anniversary Sale on January 1 resulting in the highest number of bookings in one week in the company’s history.

“Today is a proud day for the entire Viking family as we name our newest ocean ship in Los Angeles, the home of Viking’s U.S. office for more than 20 years,” said Torstein Hagen, Chairman of Viking. “The Viking Neptune is a ship named for both the furthest planet in our solar system and the god of the sea—and our newest Viking godmother, Nicole Stott, as a NASA astronaut and aquanaut, also has connections to space and the sea. We are grateful for her many contributions to the scientific community and are proud to have her as part of the Viking family.”

You may also be interested in:  IHG® Hotels & Resorts announces signing for Holiday Inn Najran in the Kingdom of Saudi Arabia

“It is an honor and privilege to be the godmother of the new Viking Neptune. As someone who has been blessed to explore space, the ocean, and some of the otherworldly places on our planet, I understand the importance of broadening one’s horizons through travel. I am very excited for all those who journey around the world on this elegant vessel,” said Nicole Stott.

In keeping with the naming tradition, during the ceremony Nicole used a historic Viking broad axe to cut a ribbon that allowed a bottle of Norwegian aquavit to break on the ship’s hull. Prior to the ribbon cutting, the axe was presented to Nicole by Sissel Kyrkjebø, one of the world’s leading crossover sopranos and godmother of the Viking Jupiter®, who used it when naming her ship in January 2020. Event guests also enjoyed performances from Sissel and Norwegian violinist Tor Jaran Apold.

A veteran NASA astronaut, Nicole Stott’s experience includes two spaceflights and 104 days spent living and working in space on the Space Shuttle and the International Space Station (ISS). She has performed one space walk and was the first person to fly the robotic arm to capture the free-flying HTV cargo vehicle, the last crew member to fly to and from their ISS mission on a Space Shuttle, and a member of the final flight crew of Space Shuttle Discovery, STS-133. Nicole is also a NASA aquanaut who lived and worked on the Aquarius Undersea Habitat for 18 days.

She is the author of Back to Earth: What Life In Space Taught Me About Our Home Planet – And Our Mission To Protect It. Also an artist, Nicole painted the first watercolor painting in space—and is a co-founder of the Space for Art Foundation, which unites a planetary community of children through the awe and wonder of space exploration and the healing power of art. Through her work, Nicole inspires everyone’s appreciation of our role as crewmates here on “spaceship” Earth.

You may also be interested in:  UK Civil Aviation Authority Launches Call for Evidence on Environmental Information for Flight Bookings: Aiming to Standardize Approach and Empower Informed Decisions

The Viking Neptune is the newest ship in Viking’s award-winning ocean fleet of identical sister ships, which also includes the Viking Star®, the Viking Sea®, the Viking Sky®, the Viking Orion®, the Viking Jupiter®, the Viking Venus®, and the Viking Mars®. In April, Viking will also welcome another new ocean ship, the Viking Saturn®. Classified by Cruise Critic as “small ships,” Viking’s ocean vessels have a gross tonnage of 47,800 tons, with 465 staterooms that can host 930 guests; the ships feature all veranda staterooms, Scandinavian design, light-filled public spaces and abundant al fresco dining options.

Although identical to Viking’s other ocean ships, the Viking Neptune is uniquely equipped with a small hydrogen fuel system, making it the cruise industry’s first ship to test the use of hydrogen power for on board operations. Viking is using the small system as a test to determine how hydrogen fuel could be used at a larger scale in future newbuilds.

Viking was founded in 1997 and provides destination-focused journeys on rivers, oceans, and lakes around the world. Designed for experienced travelers with interests in science, history, culture and cuisine, Chairman Torstein Hagen often says Viking offers experiences for The Thinking Person™. Viking has more than 250 awards to its name, including being the first cruise line to ever be named both the #1 Ocean Line and the #1 River Line in a single year in Travel + Leisure’s 2022 “World’s Best” Awards. Viking has also been rated the #1 River Line and #1 Ocean Line by Condé Nast Traveler in the publication’s 2022 and 2021 Readers’ Choice Awards. For additional information, contact Viking at 1-800-2-VIKING (1-800-284-5464) or visit www.viking.com. For Viking’s award-winning enrichment channel, visit www.viking.tv.

You may also be interested in:  Hyatt announces the opening of Hyatt Regency Jaipur Mansarovar