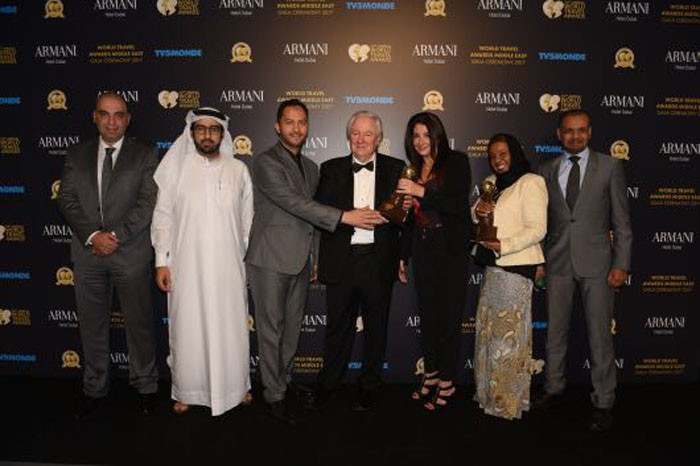 Muscat, Oman, 2017-Nov-03 — /Travel PR News/ — Oman Air, the national carrier of the Sultanate of Oman, has won two awards at the World Travel Awards Middle East 2017. The national carrier was awarded the top position for two awards in the ‘Middle East’s Leading Airline – Business Class’ and ‘Middle East’s Leading Airline – Economy Class’ categories at a glittering ceremony which was held on 29th October 2017 in Dubai.

This is the fourth year in a row that Oman Air has taken the titles, which are voted for by travel and tourism professionals from around the world. This is the latest in a long line of awards won by Oman Air.

Acting CEO of Oman Air, Eng. Abdulaziz Al Raisi, said: “This is a fantastic achievement for Oman Air to be voted the best, considering the competition we were up against. These awards set the standards for the travel industry and confirm that Oman Air services and standards are of the highest quality. It is immensely gratifying to be recognized for our unique product and overall guest experience in both these two key classes in our industry.”

The World Travel Awards was established in 1993 to acknowledge, reward and celebrate excellence across all key sectors of the travel, tourism and hospitality industry. The brand is recognised globally as the ultimate hallmark of quality in the travel industry.

Recently, the National Carrier has been voted the ‘Best In-Flight Duty Free’ provider in the Middle East by readers of the German passenger services industry publication, Pax International Magazine. In addition, awards in 2016 include World’s Leading Airline – Economy Class at the World Travel Awards in the Maldives, and Foreign Airline of the Year by Sector to the Middle East at the annual KLIA Awards, introduced in 2006 to recognize the best in Malaysian aviation industry. The coveted Signum Virtutis, the seal of excellence, from the Seven Stars Luxury Hospitality and Lifestyle Awards 2016 and winner for the best airline in the Middle East, Africa and Europe. The accolades are not limited to the passenger operation; Oman Air Cargo was also awarded “Best Cargo Airline for Valuable Goods – North and East” at the India Cargo Awards 2016 held in Delhi.