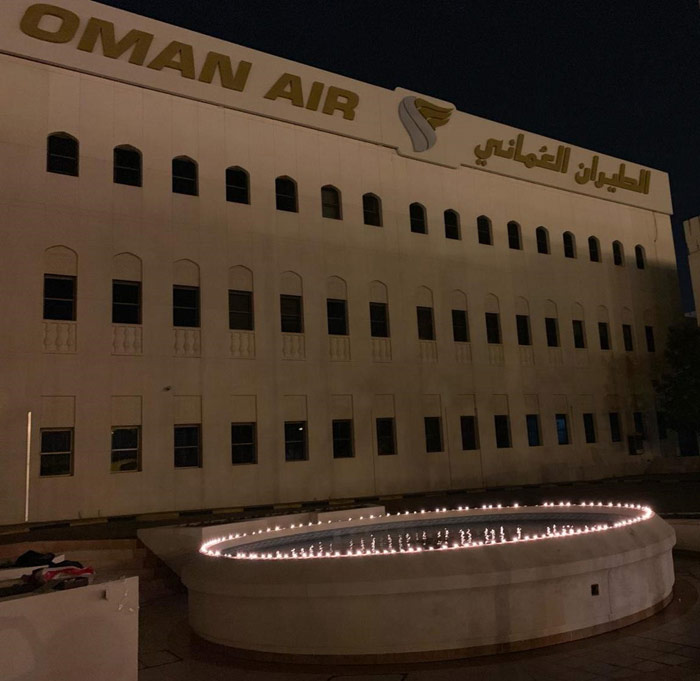 The airline was joined by tens of thousands of organizations and hundreds of millions of people around the world to mark Earth Hour by turning off lights for one hour to highlight the importance of tackling climate change.

Oman Air’s Headquarters in Muscat has taken the lead on behalf of the airline, and has been joined by its offices in Europe, the Middle East, South and South East Asia and Africa. In addition, many of Oman Air’s partners also participated in the initiative.

Earth Hour was launched in 2007 by international campaigning organisation WWF. Last year, 188 countries and territories participated and close to18,000 landmarks and monuments around the world switched off their lights during Earth Hour, as people across the globe generated over 3.5 billion impressions of #EarthHour, #connect2earth to show their concern for the planet.

Climate change and energy saving are amongst the greatest challenges facing the modern world and minimising energy use in all areas of lives is vital. Oman Air, as a responsible corporate citizen, is committed to highlighting the importance of tackling climate change, and to encouraging as many people as possible to take part in Earth Hour, right across its network. To that end, Oman Air had also asked its staff to take part at home by switching off their lights for an hour from 8.30pm on Saturday.