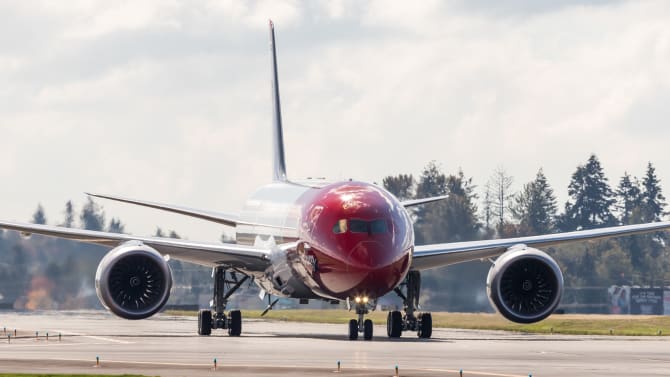 Bærum, Norway, 2016-Oct-20 — /Travel PR News/ — Norwegian (NAS) today reported its best quarterly results ever. The net profit was NOK 993 million (£99 million), an improvement of NOK 160 million compared to the same quarter the previous year. The load factor was 91 percent and the performance was positive in all markets, with Spain boasting the strongest passenger growth.

In the third quarter, Norwegian carried 8.6 million passengers, an increase of 12 percent. Norwegian’s strongest growth in terms of passengers was in Spain, primarily driven by Spanish domestic routes. Spain is now the second largest market for Norwegian in terms of passenger figures. The number of American passengers is also increasing. During the third quarter, Norwegian commenced flights between Paris and several U.S. cities and announced new routes between Barcelona and the U.S.

The load factor this quarter was 91.3 percent; high load factors contribute to significant reductions in emissions per passenger kilometer. So far this year, Norwegian has taken delivery of three new Boeing 787 Dreamliners and 14 new Boeing 737-800s. With an average age of 3.6 years, Norwegian has one of the world’s most modern and fuel-efficient fleets.

The total revenue this quarter was NOK 8.4 billion, up 15 percent from the same quarter last year. Norwegian’s production growth (ASK) and traffic growth (RPK) were 17 percent.

“I am very pleased to report Norwegian’s best quarterly result ever and grateful that our loyal customers worldwide continue to fly with us. The overall development is good in all markets, and the biggest growth is in Spain, particularly on domestic routes. The routes between London and Paris and the U.S. are in high demand,” said Norwegian’s CEO Bjørn Kjos.

Norwegian received yet another industry award this quarter. For the second year running, the company was named “Europe’s Leading Low-Cost Airline” by World Travel Awards.

“Happy customers are crucial and good feedback from industry colleagues is great. Without all of the dedicated and talented people working for Norwegian, this would not have been possible,” Kjos added.