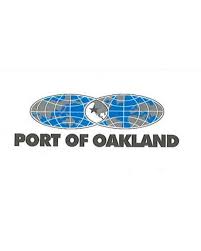 The Port of Oakland’s diverse business lines, including seaport and airport operations, provide financial stability according to Moody’s. In addition, the rating agency reports that the Port’s expenses are predictable, and its cost-recovery model is sound.

“The stable outlook reflects our expectation of continued recovery in enplanements and stable or potentially modest declines in containers, with the latter impact mitigated by the high level of contractual minimum revenue from maritime customers,” states Moody’s in a news release. Favorable economic conditions in the port’s markets should underpin near-term volumes; and with the Port’s liquidity, these factors combine to support Moody’s expectation of continued healthy financial performance by the Port of Oakland.

Moody’s also touched on key challenges, including risk around potentially significant new debt for an airport capital project; the planned reduction of cash over the next five years; and relative weakness in container volume.

“In our view, the strong financial position and ability to manage or mitigate throughput volatility position the port well to manage these challenges and maintain stable credit metrics going forward, and to withstand unexpected economic or other pressures that may arise,” said Moody’s.