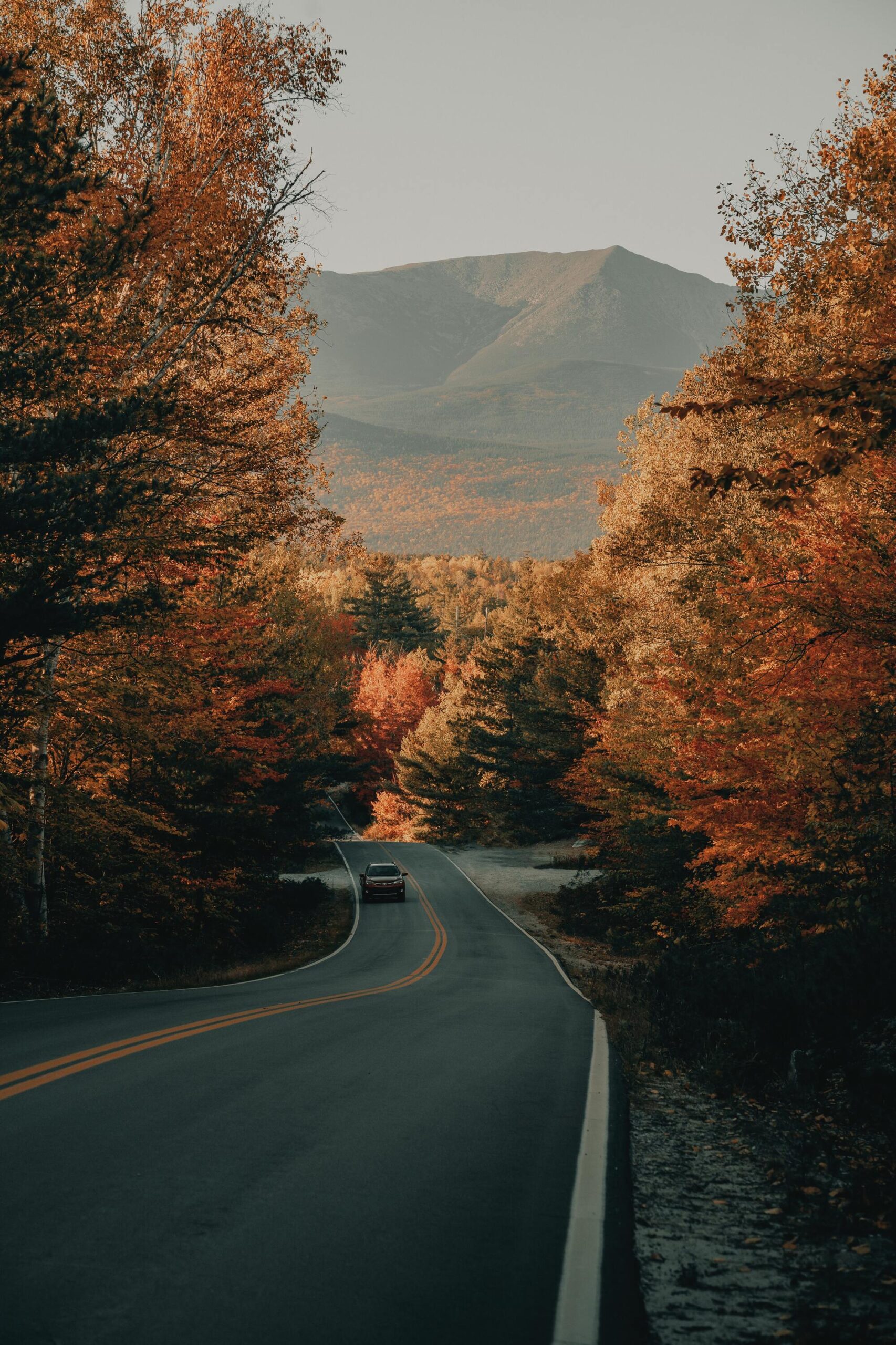 Many cities are quieter during the cooler months, providing the perfect opportunity to explore beautiful places without the crowds.

To help you decide on your next fall adventure, travel insurance comparison site InsureMyTrip analyzed TikTok hashtags to determine which U.S states are the most popular destinations in the fall.

Ranking number one overall, Florida is the most popular state in fall according to our research.  In fact, TikTok videos featuring Florida in the fall have been viewed over 1.8 million times. 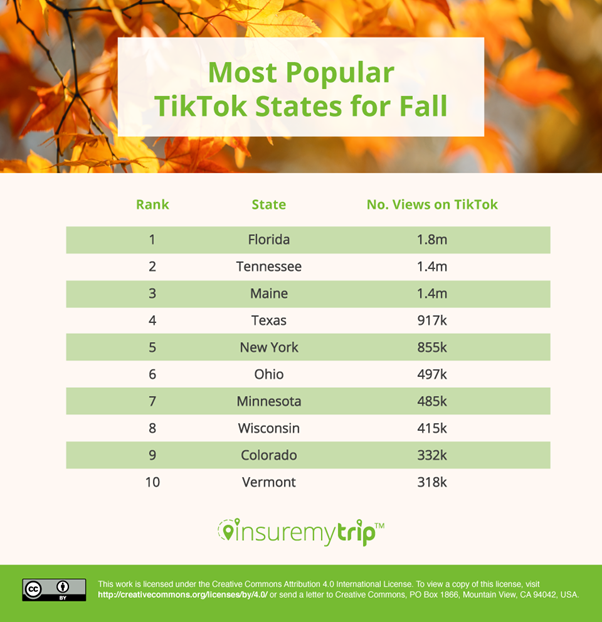 Florida is one of the warmest states during this season which makes it the ideal spot for those looking to prolong the summer weather.

Despite the warmer weather, it’s still a beautiful spot to soak up the changing colors. For those looking to experience Disney World in Florida, this is a perfect time as there are fewer crowds.

Tennessee is named the second most-popular state. Well-known for its country music and whiskey, it appears to be just as popular for its picturesque fall season. TikTok posts about autumn in Tennessee have been viewed over 1.4 million times.

The state has 12 beautiful national parks which make for perfect locations to view color-changing foliage. The Great Smokey Mountains National Park is the most visited in the United States, and it’s easy to see why. From mid-October to early November visitors can view the park’s most spectacular display of colorful trees.

People come from all over the world to see the leaves change in Maine, which is the third-most popular state in fall, according to TikTok. Hashtags featuring the state in the fall have been viewed over 1.4 million times. It has arguably the best foliage with bright orange, yellow and red leaves. The foliage is also set against the beautiful backdrop of the Atlantic Ocean and many freshwater lakes and rivers.

Placing fourth is Texas with over 916K views. Temperatures are typically quite warm for fall, making it a perfect place for exploring the outdoors.

Rounding up the top five most popular autumnal cities according to TikTok is New York. Videos featuring New York in the autumn have been viewed over 850,000 times.

Autumn in New York is often featured in the backdrop of movies, including iconic films like Breakfast at Tiffany’s. It’s easy to understand why, with picturesque leaves falling in Central Park and stylish residents dressing in cozy outfits in brisk weather. But there is beauty beyond New York City – in upstate New York, there are several beautiful parks where you can view the fall foliage at its peak. In the Adirondacks and Catskills mountains, the leaves are said to be at their most beautiful in October.

Sarah Webber, Director of Marketing at InsureMyTrip commented: “Planning a trip can be daunting and time-consuming. So, we’re making things a little easier for you. Whether you’re looking to embrace autumn, or trying to avoid it, this study can help you find the best fall destination for you and your family.”