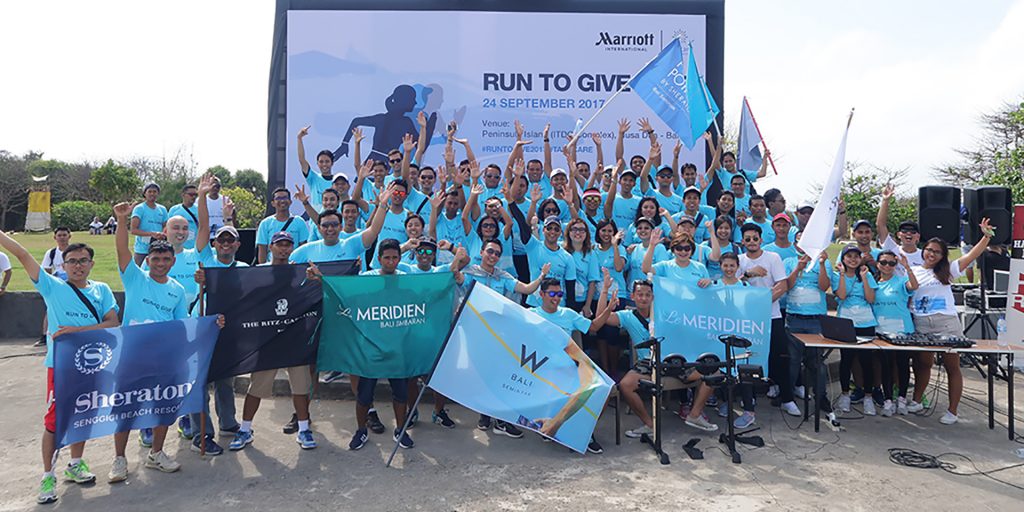 Marriott International in Asia Pacific collectively raised $421,000 during its Run to Give Hotel Charity campaign

Close to 32,500 Supporters Came Together at Various Locations Across Asia Pacific

Hong Kong, 2017-Oct-23 — /Travel PR News/ — Marriott International in Asia Pacific today announced that close to $421,000 was collectively raised from Run to Give Hotel Charity Runs that took place in 115 locations on September 24, 2017 across Asia Pacific.

Now in its fourth year, Run to Give is unique in each location and the events are organized by different Marriott International properties in various locations; some joining hands for the first time to organize such a large-scale event. Funds raised in each location will go to a local charity for maximum relevance and a broader impact with wider reach.

Craig S. Smith, President and Managing Director, Marriott International Asia Pacific, shared, “We are thrilled with the excellent result this year as we have achieved breakthrough in terms of both number of runners and the total amount of donations over the last four years. Run to Give demonstrates our commitment to drive sustainable social and economic impacts in the communities where we live and work. As Marriott increases our footprint across Asia Pacific, our “Spirit to Serve” remains strong since we believe it is exactly what makes us strong.”

Run to Give is a key event in Asia Pacific under the company’s ‘TakeCare’ movement, which aims to encourage associates to live their best life by promoting physical, emotional and spiritual wellbeing and creating strong team synergy while making a difference in communities that Marriott International operates in.

Started in 2014 by legacy Starwood Hotels & Resorts Asia Pacific as Hotel Charity Run, the inaugural event saw an overwhelming response of over 20,000 runners take part in 92 locations across Asia Pacific; raising a total of close to $228,000. Since 2015, the run took on the official event name ‘Run to Give’ and in 2016, Run to Give marked the first associate event where legacy Starwood and Marriott International came together to celebrate a meaningful cause after the merger in September 2016, raising a contribution of nearly $270,000.

About Marriott International
Marriott International, Inc. (NASDAQ: MAR) is based in Bethesda, Maryland, USA, and encompasses a portfolio of more than 6,200 properties in 30 leading hotel brands spanning 125 countries and territories. Marriott operates and franchises hotels and licenses vacation ownership resorts all around the world. The company also operates award-winning loyalty programs: Marriott Rewards®, which includes The Ritz-Carlton Rewards®, and Starwood Preferred Guest®. For more information, please visit our website at www.marriott.com, and for the latest company news, visit www.marriottnewscenter.com. In addition, connect with us on Facebook and @MarriottIntl on Twitter and Instagram.