Maldives, 2014-6-10 — /Travel PR News/ — Sunland Hotels and Coco Collection have appointed Armand Chaudhary as Chief Operating Officer to lead daily operations of the group of companies. While being based in the group’s new and stylish head office in the capital Male’, Armand will oversee the company’s four properties in the Maldives, namely the exclusive private island Coco Privé Kuda Hithi Island, the stylish boutique resort Coco Bodu Hithi, the eco-focused luxury retreat Coco Palm Dhuni Kolhu, and the dive and snorkel resort Biyadhoo Island Resort. Besides restructuring daily processes and formulating the strategy for the company’s continued success, Armand will be responsible for the expansion of the highly successful Coco Collection beyond the borders of the Maldives.

Coming from an F&B background, Armand looks back on a 30-year long successful career in the global hospitality industry, which took him from reorganizing cruise operations, to the complete transformation of various resorts. He has been extremely effective in turning hotel and resort operations into highly profitable businesses. One of the highlights of his career was the successful launch of Club Med’s most luxurious product, the top end 5* Villas project in Mauritius, for which he also implemented and defined all standards and operating procedures.

Armand was a long-time employee of Club Med where he last served as the Regional Director of Operations for the West Indies, Mauritius, and Cruise Operations. During his time at the Club Med Bahamas, Turks & Caicos and Florida resorts from 2007 till 2008, Armand successfully converted several underperforming units into profitable business sectors and prepared the renovation project of Club Med Sandpiper Bay in Florida. He was also responsible for the re-invention of the overall brand image to suit the US market.

You may also be interested in:  CORA CORA MALDIVES APPOINTS JUSTIN SWART AS NEW GENERAL MANAGER

“It is my great pleasure to join one of the most established Maldivian hospitality brands with a portfolio of unique properties that each offers its own individual charm”, Armand comments. “It is with enthusiasm that I look forward to working with the committed team that has played such a key role in the successful positioning of Sunland Hotels and Coco Collection, as we will together lead the group of companies into a global future.”

Armand’s core focus will be the elevation of service levels to new heights for the recently launched private island retreat Coco Privé Kuda Hithi Island, as well as the revision of general operational standards and procedures, to ensure that the company continues to follow its basic credo, to inspire and surprise guests with the unexpected – from expertly personalized service, over extraordinary culinary delights, to exceptional and uniquely Coco experiences. 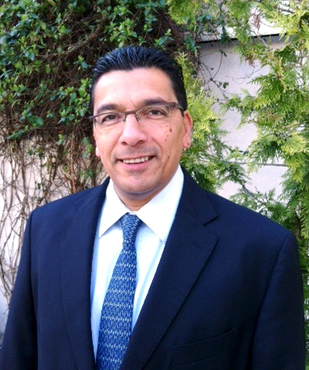