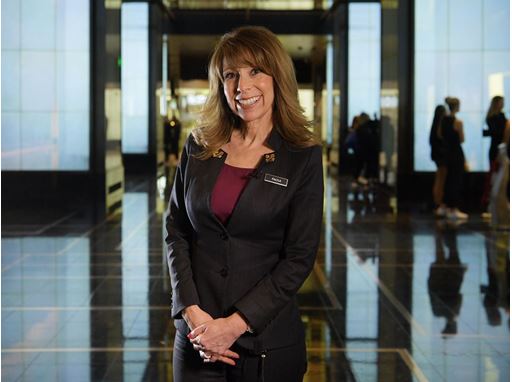 Crow started her career as a concierge in 1999 and was part of the opening teams at a number of Las Vegas resorts before joining The Cosmopolitan of Las Vegas in 2010. She was nominated for the award by a colleague for her knowledge, expertise, and her outstanding customer service skills. Crow is also a member of the esteemed Les Clefs d’Or, an international association of hotel concierges representing extraordinary concierge professionals.

The year-round Hospitality Heroes program was created to celebrate the accomplishments of an elite group of hospitality workers. Winners receive an award and an “Only Vegas” gift bag that includes a staycation at a local resort. Hospitality Heroes are chosen by an independent section committee made up of the following local business leaders: Mary Beth Sewald, president and CEO of the Vegas Chamber, Peter Guzman, president of the Latin Chamber of Commerce, Stowe Shoemaker, dean of UNLV’s William H. Harrah College of Hospitality and Brenda Scolari, director of the Nevada Department of Tourism and Cultural Affairs.

Nominations for the second quarter will be accepted through April 29. Visit www.LVCVA.com/HospitalityHeroes to nominate an outstanding hospitality worker.

You may also be interested in:  Deutsche Hospitality announces signing for the Steigenberger Residences Doha, Qatar