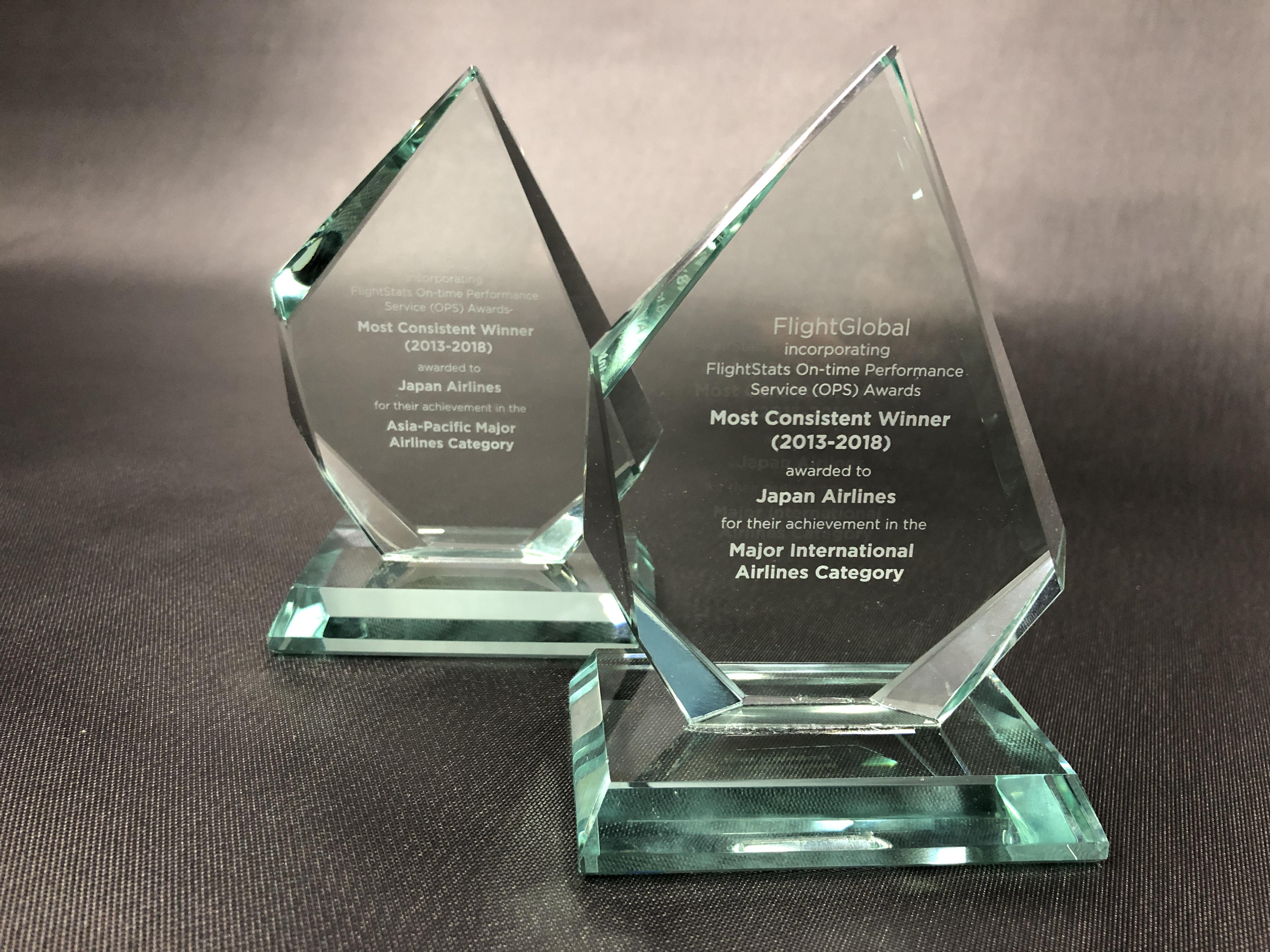 Tokyo, Japan, 2018-Dec-05 — /Travel PR News/ — Japan Airlines (JAL) was awarded the Most Consistent Winner, an award given to the airline with the best on-time performance in domestic and international flights in the past five years (January 2013 to December 2017) by FlightGlobal, at a forum held in Atlanta, Georgia US.

FlightGlobal compiled flight operation information for each airline from over 600 sources and analyzed the data. Based on their results, JAL was certified to be the most punctual airline in the world for arrivals in recent years in the Major International Airline category and the Asia Pacific Major Airline category.

Most Consistent Winner Award
An award presented to the airline that continuously recorded high on-time performance rates1 in a total of seven categories2 through the past five years. (January 2013 to December 2017)

Furthermore, Alaska Airlines, a JAL codeshare partner; Iberia Airlines and Qatar Airways, both members of the oneworld alliance, were certified as airlines with the best on-time performance in their respective regions.

The JAL Group regards punctuality as an essential service quality of the airline and understands that these awards were made possible through the cooperation of our valued customers and efforts made by all staff to ensure on-time operations.

The company will embrace the challenge to further improve on-time performance with top priority on flight safety, and will strive to provide high-quality services and punctual operations.

1. On-time performance rate is the overall percentage of flights arriving within 15 minutes against the actual arrival time.

About Japan Airlines
Japan Airlines (JAL) was founded in 1951 and became the first international airline in Japan. A member of theoneworld® alliance, the airline now reaches 349 airports in 54 countries and regions together with its codeshare partners with a modern fleet of 230 aircraft. JAL Mileage Bank (JMB), the airline’s loyalty program, is one of the largest mileage programs in Asia. Awarded as one of the most punctual major international airlines and a certified 5-Star Airline by Skytrax, JAL is committed to providing customers with the highest levels of flight safety and quality in every aspect of its service, and aims to become one of the most preferred airlines in the world.

About FlightGlobal
FlightGlobal is a member of the RELX Group, a major information providing service company in the UK.

FlightStats, part of FlightGlobal, is a cutting-edge data service company focused on providing real-time global flight data to companies and travelers across the travel ecosystem. The company strives to tell the “story” of a flight – from what’s expected, to what is happening now, to what happened. The Company delivers these stories via its Data Services, and through its FlightStats-branded web and mobile applications. The company believes flight data is valuable and is made even more valuable when delivered in conjunction with other contextual data. The Company manages multiple data sets that relate directly to or intersect with flights – trips, weather, and other aviation-related data. www.flightstats.com