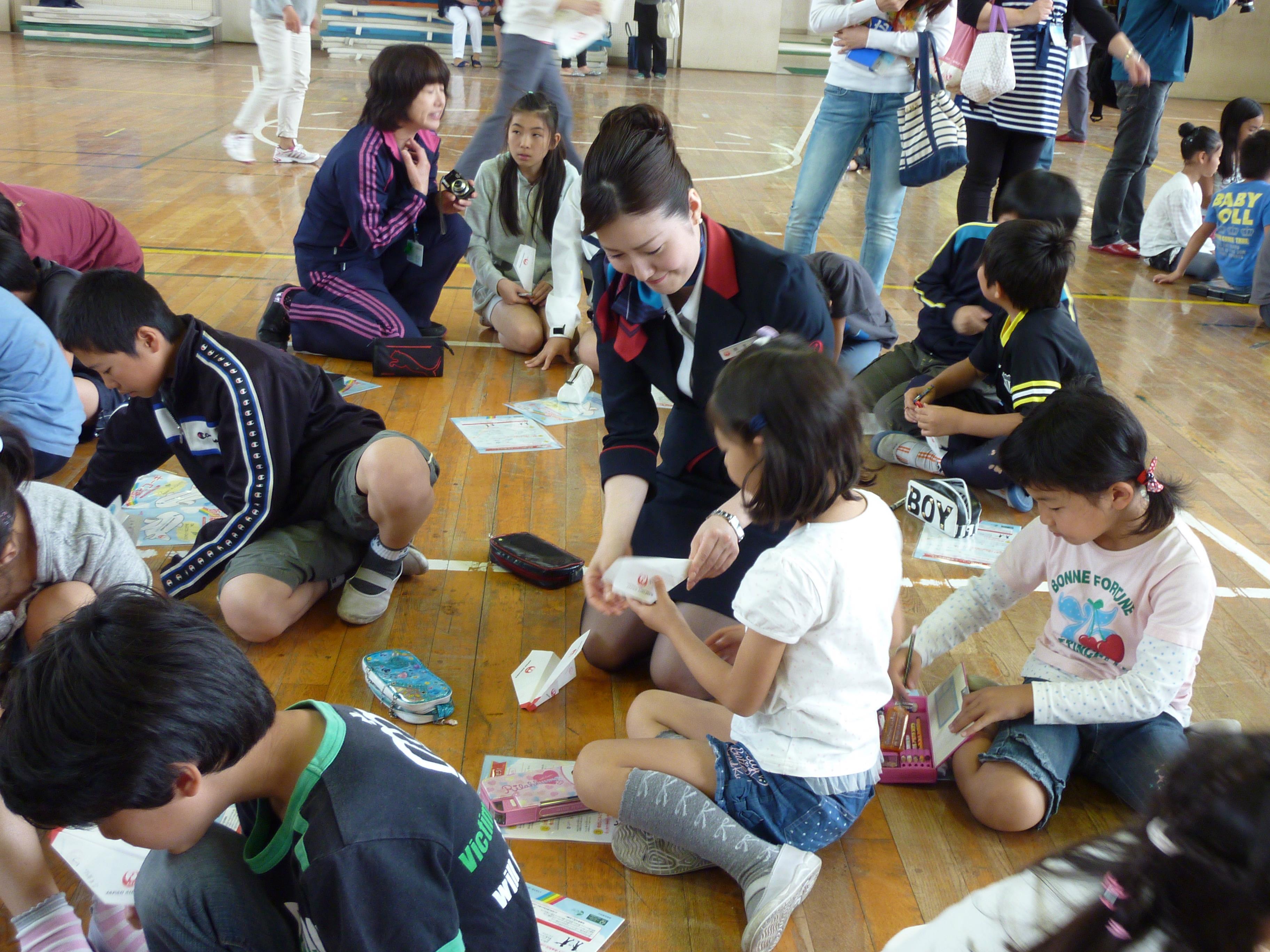 JAL announced its Soraiku® Declaration of bringing up the future generation in November 2016 and launched new initiatives to let children feel the future more closely. The JAL Origami Plane Class, which marks its 10-year anniversary in 2017, is one of JAL Soraiku initiatives. Around 700 JAL Group employees are Association-certified instructors, who have been supporting JAL Origami Plane Classes held at various events and venues.

Takuo Toda, Chairman of International Paper Plane Association, said: “We are honored to work with Japan Airlines for Origami Plane Competitions. It is the first time that JAL’s name is placed in the titles of those competitions. Through further cooperation with JAL, we believe that the Origami Plane activities will become more and more popular.”

Yoshiharu Ueki, President of JAL, said: “The JAL Group is pleased to support the Origami Plane Competitions. Children are able to know more about the beautiful sky and the future by joining Origami Plane activities. JAL and International Paper Plane Association will be striving to expand communications among children in and out of Japan.”

The Association and JAL will continue to embrace new challenges to nurture the future generation through Origami Plane initiatives and expand international exchanges to connect Japan with the rest of the world.

The JAL Origami Plane World Competition deciding the world’s number one for Origami Plane is planned to be held in Tokyo in 2020. Detailed information will be announced as soon as available.

About Japan Airlines
Japan Airlines (JAL) was founded in 1951 and became the first international airline in Japan. A member of the oneworld® alliance, the airline now reaches more than 331 airports in 53 countries and regions together with its codeshare partners with a modern fleet of more than 220 aircraft. JAL Mileage Bank (JMB), the airline’s loyalty program, has reached over 31 million members worldwide. Named the Best Asia-Pacific Major Airline for On-time Performance in 2016 by FlightStats, JAL is committed to providing customers with the highest levels of flight safety and supreme quality in every aspect of its service, and aims to become the most preferred airline in the world.