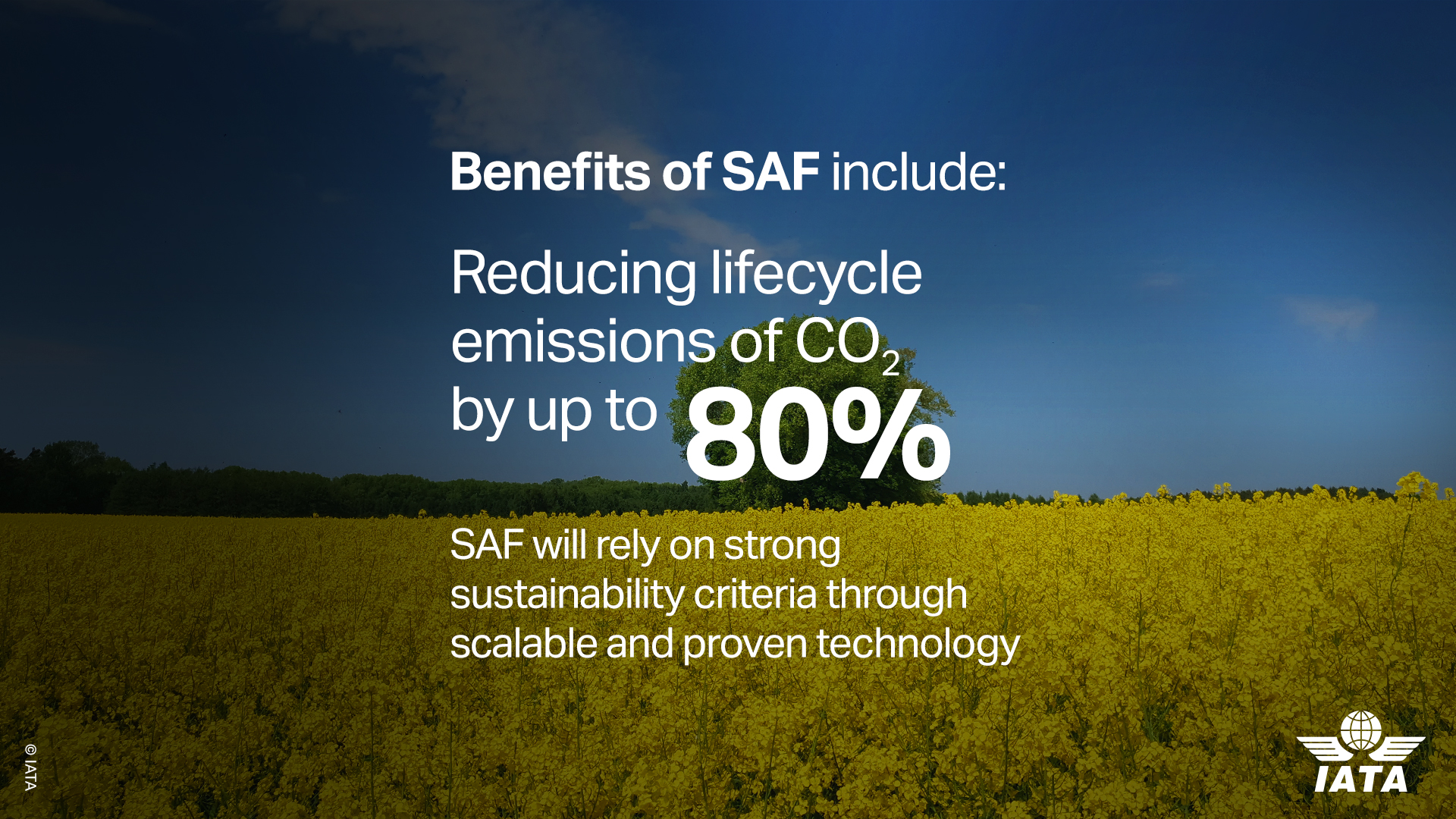 Geneva, Switzerland, 2020-Nov-27 — /Travel PR News/ — The International Air Transport Association (IATA) called on governments worldwide to support the development of Sustainable Aviation Fuel (SAF) as a critical step to achieving its target to cut net emissions to half 2005 levels by 2050. This target was reinforced by a resolution at IATA’s 76th Annual General Meeting yesterday which also commits the industry to exploring pathways to net zero emissions.

“We have long known that an energy transition to SAF is the game-changer. But energy transitions need government support. The cost of SAF is too high and supplies too limited. This crisis is the opportunity to change that. Putting economic stimulus funds behind the development of a large-scale, competitive SAF market would be a triple win—creating jobs, fighting climate change and sustainably connecting the world,” said Alexandre de Juniac, Director General and CEO of IATA.

Government stimulus packages could help promote SAF through direct investment, loan guarantees and incentives for the private sector, as well as regulations that channel feedstock towards hard-to-abate sectors such as aviation rather than to other low-carbon transport industries.

The aim of stimulus funds would be to create a competitive market. Currently SAF is on average between 2-4 times more expensive than fossil fuels with current global production of about 100 million litres a year which is just 0.1% of the total amount of aviation fuel consumed by the industry. IATA estimates that stimulus investments could help boost SAF production to the 2% (6-7 billion litres) needed to trigger a potential tipping point to bring SAF to competitive price levels against fossil fuels.

SAF was recently highlighted in the cross-industry report Waypoint 2050 by the Air Transport Action Group as the most important pathway to achieving the aviation industry’s climate goals. The report also noted the potential for electric and hydrogen powered aircraft in aviation’s climate action but said that commercially applicable solutions are at least a decade away and offer the greatest potential for short-haul aircraft. Long-haul operations are likely to remain dependent on liquid fuels for some time to come.

SAF is the industry’s preferred solution for its unique properties:

“As the world looks to re-boot the economy, let’s not waste this opportunity to create jobs and an industry that will yield huge dividends for the public good. If we can drive SAF prices down as we drive production volumes up, we will be able to sustainably connect the post-COVID-19 world,” said de Juniac