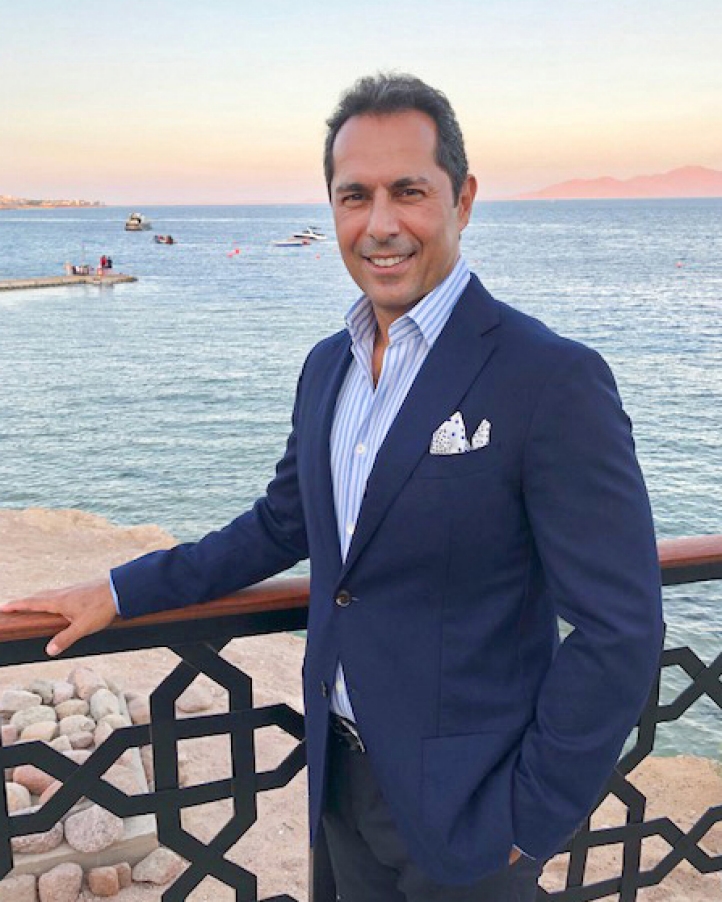 Born in Frankfurt to Greek parents, Ioannidis grew up in Germany and Greece, and then headed to Canada to earn his hospitality degree and launch his hotel career.  He joined Four Seasons in 1998 as Director of Restaurants at Four Seasons Hotel Toronto, and then rose through the ranks in the food and beverage divisions of urban hotels and a resort in North America before heading to Azerbaijan and his first assignment as General Manager, at Four Seasons Hotel Baku.

He went on to open Four Seasons Hotel Abu Dhabi at Al Maryah Island as General Manager in 2016, and followed with opening Four Seasons Astir Palace Hotel Athens, which began welcoming guests this year. The last assignment was particularly inviting for Ioannidis, who notes, “as a proud Greek, introducing Four Seasons highest standards of luxury and service to Greece for the first time was really special for me.”

Opened in 2002, the Sharm El Sheikh resort is a rare desert-and-sea hideaway nestled within the lush hillside greenery of an oasis, with the character of an intimate Arabian village dressed up with Moorish-inspired architecture, rooftop domes, arched doorways, and fountain courtyards. It’s a magnet for divers and snorkelers, with the only onsite dive centre in the destination, a “house reef” rich with marine life just offshore, and convenience to 70 must-experience dive sites and historic World War II shipwrecks in the Red Sea.

“I’m really quite taken with the beauty of the Resort, the wealth of its onsite offerings, as well as the easy proximity to world-class diving sites just off the coast and desert adventures inland,” notes Ioannidis. “This is a remarkable setting for locals and international travellers alike to embrace the region and its culture. I walk around in awe of the property and the spirit of the team working together to provide genuine Four Seasons service for guests to explore the destination’s authentic cultural experiences.”