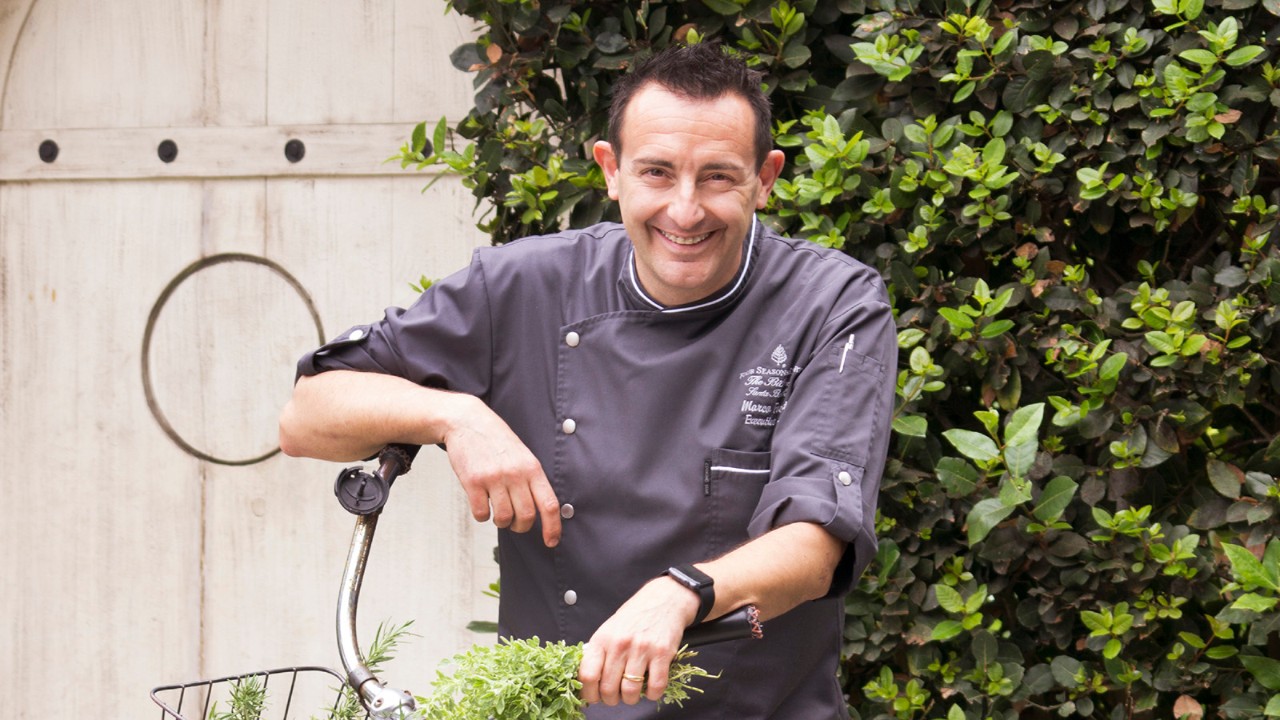 Santa Barbara, CA, 2016-Nov-21 — /Travel PR News/ — Four Seasons Hotels and Resorts throughout the world recently announced the Taste of Place initiative, designed to showcase authentic local culture and fresh produce reflective of the destinations in which its hotels are located.  At Four Seasons Resort The Biltmore Santa Barbara, the American Riviera is discovered in the flavours of Executive Chef Marco Fossati, who calls upon seminal cooking experiences and training in his native Italy and throughout the Mediterranean.  This month, Chef Marco, a celebrated Four Seasons culinary leader who is new to Santa Barbara, has re-launched menus at Bella Vista, the Resort’s premier al fresco oceanfront restaurant; at Ty Lounge, which offers Spanish tapas and high-concept cocktails; and at Tydes Restaurant, located at the exclusive Coral Casino Beach and Cabana Club.

Bella Vista is one of the highest profile restaurants in Santa Barbara and the only dining venue in the city that features an open-air ocean view, marble terrace with heated floors, romantic fire pits and unobstructed views of the Channel Islands, making it the most desired lunch destination in Montecito.  Best known for its coveted Sunday Brunch, Bella Vista also offers Afternoon Tea on Saturdays, lunch throughout the week and a recently enhanced dinner menu.

Lunch at Bella Vista includes a selection of local seafood, salads, paninis and more. The recently updated contemporary Italian dinner menu showcases seasonal California ingredients, pasta fatto in casa (homemade), pizzas, meat, poultry and seafood preparations. Popular homemade pastas include tagliatelle alle vongole, ravioli, rigatoni with burrata, creste di galle all’amatricana and risotto come un pizza – a vegan take on Sicilian flavours.  Veal parmigiana, bistecca tagliata branzino, king salmon and rack of lamb are seasonally-focused entrees.  Bella Vista also has the distinction of being one of only 12 restaurants in California (and the only one in Santa Barbara) licensed to cure its own meats as well as the only Italian restaurant in the region to offer Genovese pesto – a signature tribute to Genoa, Italy, which is Chef Marco’s birthplace.

Off the Resort Lobby, lit with glowing Italian onyx and massive hand-blown glass chandeliers, Ty Lounge invites guests to enjoy signature drinks and classic cocktails in front of the fireplace or on the ocean view terrace around the fire pit. Featuring wall-to-wall Persian hand-knotted carpets, rondel glass, artfully hand-painted walls and ceilings, the Lounge stirs up feelings of the Spanish Colonial revival of the 1920s.

Tydes is located inside the Coral Casino Beach and Cabana Club, an exclusive venue open only to club members and to overnight guests of the Resort. Tydes features refined dining, Mediterranean flavours and fresh, seasonal preparations.  The flavours of Liguria, Mallorca and Greece figure prominently on the Tydes menu and the ingredients are always evolving based on weather conditions and seasonality. Eight months ago, Tydes debuted the country’s first live-coral aquarium bar – the Coral Reef Bar – a 675 pound (300 kilogram), oval, acrylic bar top built to support 300 species of colourful fish and live coral.  The Coral Reef Bar is ideal for pre- or post-dinner signature cocktails, wines and local microbrews.

For reservations call 805 565 8237.  To book overnight accommodations, including the specialty dining experience at Tydes Restaurant, call reservations at 805 9692261 or book online.

Hailing from Genoa, Italy, Executive Chef Marco Fossati has more than 28 years of experience cooking in kitchens around the world. Chef Marco started cooking alongside his grandparents in Italy at an early age and finds passion in learning and teaching others; for Chef, “there is always something to learn.”  He began his Four Seasons career 18 years ago at Four Seasons Hotel Milano and subsequently was named sous chef at the one-star Michelin Carpaccio Restaurant at Hotel Royale Monceau, Paris. He was later named chef de cuisine at Flavio Briatore in Porto Cervo, Sardinia (Italy) and at D.O.C. Restaurant in Hamburg (Germany).  Most recently, he was Chef de Cuisine at Four Seasons Resort Sharm El Sheikh, Egypt and Four Seasons Hotel Silicon Valley at East Palo Alto, where he served as Executive Chef for the past six years. Recently Chef was selected to cook at the famed James Beard House in New York.