Bangkok, 2014-8-5 — /Travel PR News/ — Holders of Chinese and Chinese Taipei (Taiwan) passports will be exempt from paying the visa fees when visiting Thailand purely for the purpose of tourism for the period of 3 months between August – October 2014.

Mr. Sihasak Phuangketkeow, Permanent Secretary of the Ministry of Foreign Affairs, announced on 2 August, 2014, that the short-term waiver has been passed by the National Council of Peace and Order (NCPO) as part of a package of measures to rapidly revive Thai tourism in the second half of 2014.

Tourism Authority of Thailand Governor Thawatchai Arunyik said, “Such confidence building measures are very important to help the private sector and the many small and medium sized enterprises affected by the recent period of political unrest. We are very pleased to see the NCPO giving the travel and tourism industry the importance it deserves as a major contributor of economic growth and jobs.”

marking the 40th Anniversary of the Diplomatic Relationship between Thailand and the People’s Republic of China.

The exemption will apply only to visitors coming to Thailand for tourism, and submitting their applications at Thai diplomatic missions or via the visa-on-arrival desks at the Immigration Checkpoints. Only a Tourist Visa is applicable to this measure; visitors who apply for other categories of visa; such as, Transit Visa or Non-Immigrant Visa still have to pay for the visa fee as normal.

You may also be interested in:  Mr. Somsak Pureesrisak appointed as Minister of Tourism and Sports of Thailand 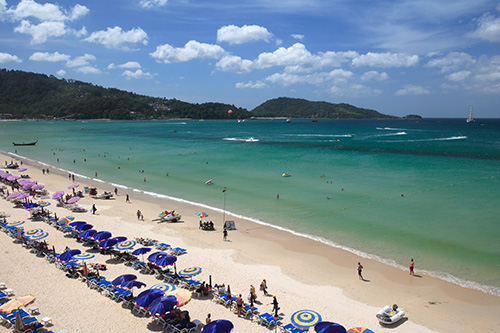