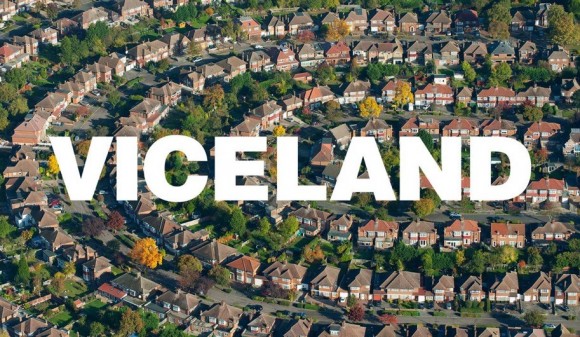 LONDON, 2016-Nov-08 — /Travel PR News/ — British Airways is the first airline in the world to broadcast shows from the new lifestyle and culture TV network VICELAND during their flights

The partnership with VICE Media follows the successful premiere of its critically acclaimed channel launched earlier this year on SKY for UK audiences and its launch in the US and Canada, and brings its award-winning programming to a truly international audience.

A range of VICELAND programming on British Airways flights includes the VICE Guide To Film, Noisey, hosted by Zach Goldbaum, VICE World of Sports, Dead Set On Life, with Matty Matheson and Huang’s World, hosted Eddie Huang, with a wide range of more shows to come.

Troy Warfield, British Airways’ director of customer experience, said: “We are incredibly proud to partner up with VICELAND to offer unique content to British Airways customers.

“Their specially selected content, designed for a Millennial audience, adds a fantastic new option through High Life Entertainment for British Airways customers who want to see the world from a fresh and challenging perspective.”

Arjan Hoekstra, VICELAND International’s general manager said, “As we continue to grow VICELAND’s reach across all screens, we’re delighted to partner with British Airways to bring our programming to a new audience.

“VICELAND’s content features incredible stories and people from all corners of the globe. We hope these stories will excite and inspire BA customers in equal measure as they embark on their own travels and look to explore different cultures around the world.”

Since launching earlier this year, VICELAND programs have already won two Emmy nominations. Led by co-presidents Spike Jonze and Eddy Moretti, VICELAND launched in February 2016 in the US and Canada; the cable television network operated by VICE in partnership with A&E Networks in America and with Rogers Media in Canada.

The shows featuring on British Airways’ VICELAND TV channel include:

VICE Guide to Film: is the ultimate guide to cinema through the eyes of some of the most innovative and influential film figures in the world. The 24-part, half-hour documentary series caters to the style of the filmmaker profiled in each episode, and features interviews with experts and critics, ‘supercuts’ of devices, and archival footage of films. It’s an engaging, cinematic series that will entertain and educate even the most intense film fans on the world of cinema.

NOISEY: Hosted by Zach Goldbaum, this is the most original music documentary series on TV today, which in an hour takes a first-hand look at the most interesting music scenes around the world. From Compton to Las Vegas, London to Sao Paolo, NOISEY closely follows the artists defining music today while reflecting on and reacting to the socio-political issues within the cultures that produce them.

VICE World of Sports:  Get on the field and into the ring through a series of compelling stories at the fringe of culture and politics, across a range of places and people through the one lens that connects them all: sport.

Dead Set On Life: Dead Set on Life is a culinary travel show from the mind of Matty Matheson: a boisterously warm Canadian chef. From six dollar subs at gas stations to the most sought-after ingredients on the planet—Matty eats it all, with friends old and new.

Huang’s World: Meet Eddie Huang. He went to law school, told jokes, opened a restaurant, wrote a bestseller, and now he’s here, drinking burgundy in Burgundy, eating anciently in Istanbul, and dropping lines like ‘the politics is in the plate.’

VICE is the world’s preeminent youth media company and content creation studio. Launched in 1994, VICE now operates in over 30 countries and distributes its programming to viewers across digital, linear, mobile, film and social media. VICE includes an international network of digital channels; a television and feature film production studio; a magazine; a record label; an in-house creative services agency; a book-publishing division; and a newly launched international TV network, VICELAND.