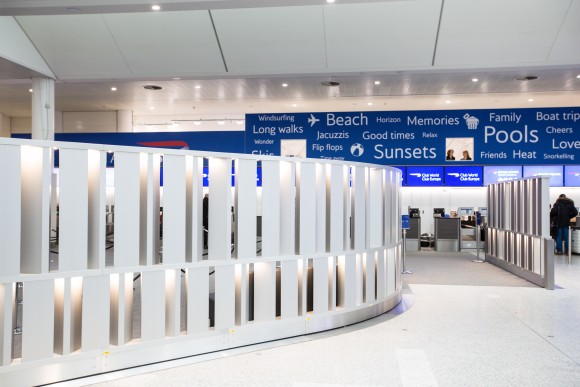 Over the last five years, British Airways’ operation at the Sussex-based hub has seen 40 per cent more customers travel (from 4.4m to 6.2m) and an increase of 33 per cent in the number of routes it serves (from 52 different destinations in 2012 to 68 in 2017).

Sean Doyle, British Airways’ director of networks, alliances and Gatwick, said: “We’ve really focused on growing our Gatwick operation in the last five years, investing in new routes, driving punctuality and, thanks to our move to the South Terminal, delivered an improved airport experience.

“Although we have a staunch number of business travellers and destinations from Gatwick, many customers are flying for leisure, often on a BA Holidays trip. They want great prices and punctuality, and are driven by value and choice. In fact, we first launched our short-haul basic fare at Gatwick because we knew it would work for our customers before rolling it out across our network.

“We’ve seen huge demand for flights to North America driven by new destinations such as Oakland in San Francisco Bay and Fort Lauderdale and we’ve started 19 new short-haul services in the last five years to destinations such as Lanzarote, Malta, Rhodes and Limoges. We flex our schedule to make the most of seasonal destinations for our travellers, serving warmer climes in the summer and ski destinations in winter, in addition to the year-round performers like New York, Costa Rica, Orlando and Barcelona.”

“We can also offer incredibly low fares from Gatwick. Each-way prices based on a return flight to new destinations Oakland and Fort Lauderdale start from just £211 and £216 and to the likes of Alicante and Venice from just £30.

“And critically for our travellers, last year we had the most punctual short-haul operation of the three biggest airlines flying from Gatwick to Europe. In fact, according to CAA figures, across all London airports, we outperformed easyJet’s punctuality by 15 percentage points and Ryanair’s by six percentage points in 2016, and we’re continuing to invest in our operational resilience to grow that difference even more.”

British Airways’ fleet at Gatwick has grown in the last five years as the airline has introduced four more Boeing 777s (from nine to 13), increased the number of A319s from two to 11 and introduced 15 A320s, which replaced 19 Boeing 737s.

Doyle continues: “Our renewed fleet has delivered an increase in capacity of more than 10 per cent since 2012. We are refreshing our Boeing 777 fleet with new furnishings, improved IFE and in-seat power, and moving to a ten-abreast configuration in economy from March 2018. This will enable us to offer even more of our lowest fares, align our World Traveller cabin to other airlines such as Air New Zealand and Emirates and increase the size of our World Traveller Plus cabin by 28 seats to give more people the option to travel in our popular premium economy cabin.

“Our new home in the South Terminal is proving very popular with our customers – it’s easy to find, and just a short walk from the train, plus the new premium check in area, which has been designed with the same look and feel as Heathrow Terminal 5 and New York JFK , creates an elegant start to any trip. We expect customers to start checking-in a little earlier than usual to take advantage of our new lounge, which has 40 per cent more floor-space than its predecessor, sweeping views of the runway, amazing complimentary food and drink, a kidzone area and tonnes of practical features such as power sockets with UK, EU sockets and USB ports, upgraded lounge Wi-Fi and shower suites.

“We plan to carry on growing from Gatwick and will continue to explore and quickly react to any new opportunities, be they destinations or services that we think our customers will love. And it’ll all be delivered with the benefits of the customer care, generous baggage allowances, safety record and great network that our travellers know and expect from British Airways. ”