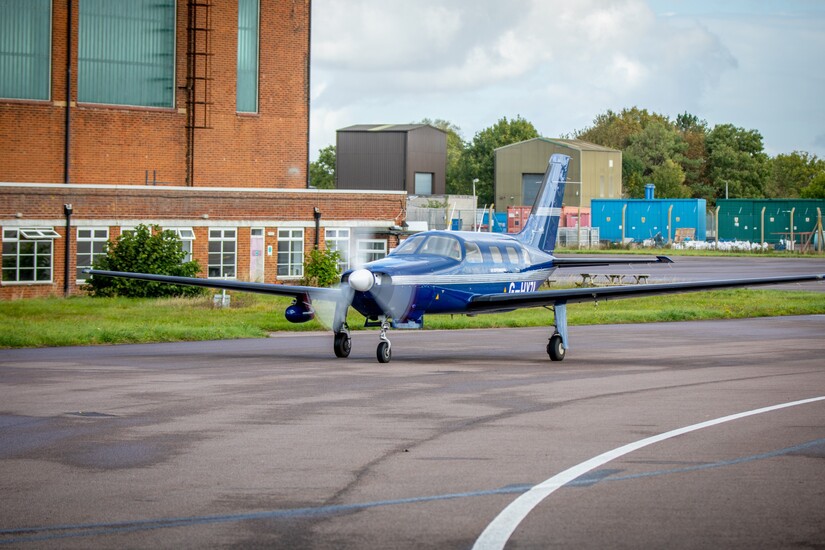 British Airways and a group of investors including Horizons Ventures, Breakthrough Energy Ventures, Ecosystem Integrity Fund, Summa Equity, Shell Ventures, and SYSTEMIQ have invested a total of $24.3m USD, which will enable ZeroAvia to launch a new development programme to further demonstrate the credibility of its technology and accelerate the development of a larger hydrogen-electric engine, capable of flying further and using larger aircraft as soon as 2026.

ZeroAvia says it could achieve commercialisation for its hydrogen-electric power as early as 2024, with flights of up to 500-miles in up to 20-seater aircraft. With this new investment, ZeroAvia expects to have 50+ seat commercial aircraft in operation in five years’ time and it accelerates the company’s vision of powering a 100-seat single-aisle aircraft by 2030.

This new investment reflects the importance British Airways is placing on sustainability and supports the airline’s commitment to achieving net zero carbon emissions by 2050 through a series of short, medium and long-term initiatives. In addition to exploring and investing in the growth of these new longer-term technologies, the airline is also investing in the development of sustainable aviation fuels, flying more fuel-efficient aircraft and exploring the use of carbon capture technology.

“Innovative zero emissions technology is advancing fast and we support the development of hydrogen as an alternative fuel source because we believe it has the potential to enable us to reach true zero emissions on short-haul routes by 2050.

“There is a huge amount of energy and excitement building around the possibilities of a zero emissions future for aviation and while there is no single solution to this challenge, we acknowledge the need for urgent action to tackle the impact flying currently has on our planet and are making progress on our journey to net zero.”

“This new funding, in conjunction with our other recent milestones, will significantly accelerate our path to zero-emission solutions for larger regional aircraft at a commercial scale. With the airline industry lining up and ready to shift to zero-emissions, we expect to see wide-scale adoption of this technology. We are extremely grateful to British Airways and our other investors, who are helping speed up our progress and ultimately the aviation industry’s adoption of zero-emission flight.”

In September 2020, ZeroAvia achieved the world’s first hydrogen-electric flight of a commercial-grade aircraft. Additionally, the company just completed a ground simulation of the complete power profile for its upcoming first cross-country flight. The ground test demonstrated a full battery shutdown in-flight using the company’s unique fuel cell powertrain configuration, allowing for complete removal of the battery system in the next configuration of the powertrain.

British Airways’ investment in ZeroAvia follows a recent partnership between the two companies announced at the end of last year. The airline teamed up with ZeroAvia through its parent company International Airlines Group’s (IAG) Hangar 51 accelerator programme in a project to explore how hydrogen-powered aircraft can play a leading role in the future of sustainable flying. The project identified economic, network and consumer appeal advantages as well as clear environmental benefits.

British Airways has a clear roadmap to meet its net zero 2050 target. In the short-term, the airline is improving its operational efficiency, flying more fuel-efficient aircraft and introducing carbon offset and removal projects. The airline currently offsets emissions on all flights within the UK and offers customers the option to voluntarily offset their emissions if travelling further afield. In the medium-longer-term, in addition to the airline’s investment in the development of technological solutions such as zero emissions hydrogen aircraft, the airline is also investing in the development of sustainable aviation fuel, including a new partnership in LanzaJet.

British Airways retired its final 747 aircraft last year, four years earlier than originally planned. The fleet of aircraft are being replaced by more modern models such as the A350 and 787 which are between 25 – 40% more fuel efficient.

ZeroAvia is a leader in zero-emission aviation, focused on hydrogen-electric aviation solutions to address a variety of markets, initially targeting 500-mile range in 10-20 seat aircraft used for commercial passenger transport, cargo, agriculture, and more. Based in the UK and USA, ZeroAvia has already secured experimental certificates for its two-prototype aircraft from the CAA and FAA, passed significant flight test milestones, and is on track for commercial operations in 2024. The company’s expanding UK operations are supported by grants from UK’s Aerospace Technology Institute and Innovate UK, and ZeroAvia is part of the UK Government’s Jet Zero Council. For more, please visit ZeroAvia.com, follow @ZeroAvia on Twitter, Instagram, and LinkedIn.