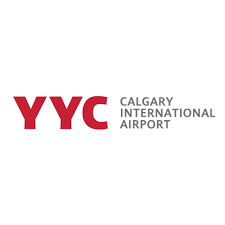 Today’s announcement by WestJet builds upon the October 2022 partnership agreement between the WestJet Group and the Government of Alberta, which included a commitment by WestJet to make YYC Calgary International Airport its single global hub airport.

Working with WestJet as the strategic airline partner of The Calgary Airport Authority greatly enhances air connectivity from YYC, which is key to unlocking the economic potential of our city, our province and of Canada. Improved access to more and new destinations – for both supply chain and visitors – enhances guest and partner satisfaction and helps secure the economic viability of interconnected transportation systems and services.

“This is a tremendous day for WestJet, our city and for YYC Calgary International Airport. Calgarians will now have more choices when travelling abroad thanks to WestJet’s major investment in flights from our airport. WestJet making Calgary its single global hub and these additional route offerings demonstrates their confidence in the economic future of both Calgary and Alberta. And it reinforces the advantage of YYC Calgary International Airport’s strategic position as a global connections hub,” said Bob Sartor, President and CEO of the Calgary Airport Authority.

You may also be interested in:  Nearly half million passengers passed through Leipzig/Halle and Dresden Airports during September

Supporting our airline partners’ growth enables The Authority to deliver on our commitment to advance the economic health and community development of Albertans and attract investors to our region. The vitality of our airport is directly connected to the vitality of our partners. Their success is our success.

The Calgary Airport Authority looks forward to supporting the growth of our strategic airline partner WestJet in the years to come.