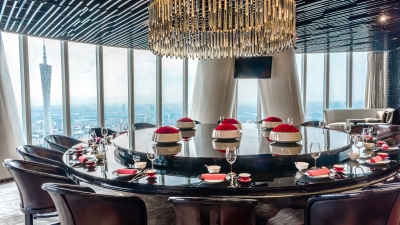 “It is a great glory to gain the recognition by Michelin star in its second edition in Guangzhou as one of the four hotels in the city to achieve such distinguished recognition. Yu Yue Heen team continues their dedicated work on providing guests with an exceptional Cantonese culinary experience. To win this award again is such a tremendous recognition to their relentless efforts and their insistence on excellence,” says Patrick Pollak, General Manager of Four Seasons Hotel Guangzhou.

The Michelin Guide first published in France in 1900, is highly regarded as the industry benchmark and the highest recognition of exemplary restaurants in the city. The guide’s anonymous inspectors rate restaurants based on product quality, preparation and flavours, personality, value and consistency.  The Guide made its debut in China in 2016 in Shanghai.  Guangzhou is only the second city to receive the renowned Michelin star award.