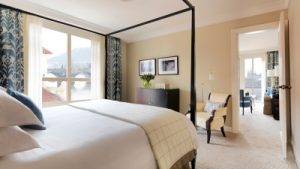 For the first time in history, a hotel in the Czech Republic has earned this prestigious accolade; Ava Spa at Four Seasons also honoured

With an eclectic blend of architectural styles, Four Seasons Hotel Prague opens the door to a vibrant and unexpected experience that mirrors the city itself. Set in a premium Old Town location – on the picturesque Vltava River, a stone’s throw away from the Charles Bridge – Four Seasons interweaves its renowned service and comfort with Czech cultural traditions and centuries of architecture in this landmark of gracious design.

“I couldn’t be more proud of our team for achieving the Forbes Five Star rating for the first time in history. We are honoured to be among the best hotels and spas in the world and will continue working hard to remain on the list,” says Martin Dell, General Manager of Four Seasons Hotel Prague

“We have been committed to championing genuine Five-Star service for more than 60 years, and this year’s winners, as always, exemplify the very highest standards in hospitality,” said Filip Boyen, CEO of Forbes Travel Guide.  “It is difficult to earn a Forbes Travel Guide rating, and all our Star-Rated winners have shown how incredibly deserving they are of their accolades by demonstrating sheer dedication in their passion for service. We congratulate them all.”