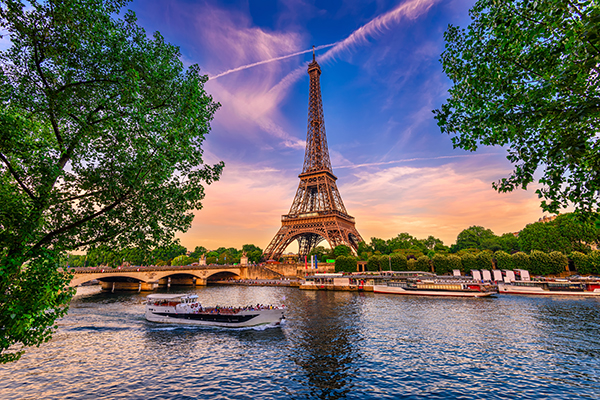 WTTC research: €131.2 million a day being lost to the French economy due to collapse of international travel during 2020

London, UK, 2020-Aug-28 — /Travel PR News/ — A staggering €48 billion looks set to be lost from the French economy due to the collapse of international travel during 2020, according to the World Travel & Tourism Council (WTTC).

WTTC, which represents the global Travel & Tourism private sector, says the massive decline in the number of international travellers and tourists visiting France due to the COVID-19 pandemic, could result in international visitor spending dropping by a staggering 82%.

This catastrophic loss to the French economy equates to a shortfall of €131.2 million a day, or €918 million a week, to the country’s economy.
This deeply worrying news comes after the UK removed France from its quarantine free list, with British holidaymakers returning from France now needing to quarantine for 14 days when arriving back to the UK.

This blanket measure will have a massive economic impact on both French and the UK economies, with WTTC predicting the UK is set to lose £22 billion from its economy due to the collapse of international travel this year.

The severe impact on the French Travel & Tourism sector is laid bare by WTTC as the economic fallout from coronavirus continues to ravage the sector. More than two million jobs (2.1m) in France supported by Travel & Tourism, are at risk of being lost in a ‘worst case’ scenario mapped out by WTTC economic modelling.

Across Europe, in the ‘worst case’ scenario, that figure rises to more than 29m (29.5m) Travel & Tourism jobs.

This comes as France recently announced considering imposing quarantine to UK travellers which would have a bigger impact in both economies.

According to WTTC’s 2020 Economic Impact Report, during 2019, Travel & Tourism was responsible for 2.7m million jobs, or 9.4% of the country’s total workforce. It also generated more than €205 billion GDP, or 8.5% to the French economy.

WTTC and its Members recently called upon President Emmanuel Macron and the other leaders of the G7 countries, urging for a coordinated approach be taken in leading the recovery response to the crisis.

Gloria Guevara, WTTC President & CEO, said: “The economic pain and suffering caused to millions of households across France, who are dependent upon a thriving Travel & Tourism sector for their livelihoods, is evident from the latest WTTC figures.

“The lack of international travel caused by the pandemic could wipe out €48 billion from the French economy alone – a loss of €131.2 million a day – from which it could take many years to recover. It could also threaten the position of Paris as one of the world’s premier hubs for business and leisure travel.

“International coordination to re-establish transatlantic travel would provide a vital boost to the Travel & Tourism sector. It would benefit airlines and hotels, travel agents and tour operators and revitalise the millions of jobs in the supply chain which are dependent upon international travel.

“We urgently need to replace the ever-changing quarantine measures with rapid, comprehensive and cost-effective test and trace programmes at departure points across the country. This investment will be significantly less than the impact of blunt quarantines which have devastating and far-reaching socio-economic consequences.

“Targeted test and tracing will also rebuild consumer confidence to travel. It will enable the restoration of vital ‘air corridors’ between countries and regions with similar COVID-19 case rates.

“A quick turnaround test and trace system in place for all departing passengers means the government could consider reinstating travel between France and major international hubs such as London, New York, Dubai and others. Restoring business class travel between the world’s top financial centres, would act as an engine to help kick-start the economic global recovery.”

WTTC analysis of international travel spending in France during 2019 reveals it reached €58.6 billion, accounting for 34% of the total tourism spend in Germany. Domestic travel spending was last year responsible for the other 66%.

A further breakdown reveals how crucial spending from international travellers during 2019 was to the French economy. Every month it accounted for €4.9 billion or €1.1 billion a week – and €160 million a day.

Between 2016 and 2018, the largest inbound source markets to France were travellers from Germany and the UK, each accounting for 14% of all international arrivals, with Belgium coming in third with 12%, and Italy and Switzerland in joint fourth place with 8% each.

Data for 2018, which is the most up-to-date available, shows how dependent Paris in particular is on international visitor spending. It accounted for almost three quarters (74%) of all tourism spending in the city, with domestic tourists making up the remaining 26%.

The US was the most important source market for the city with 19% of arriving visitors, with the UK in second place with 9% of arrivals.