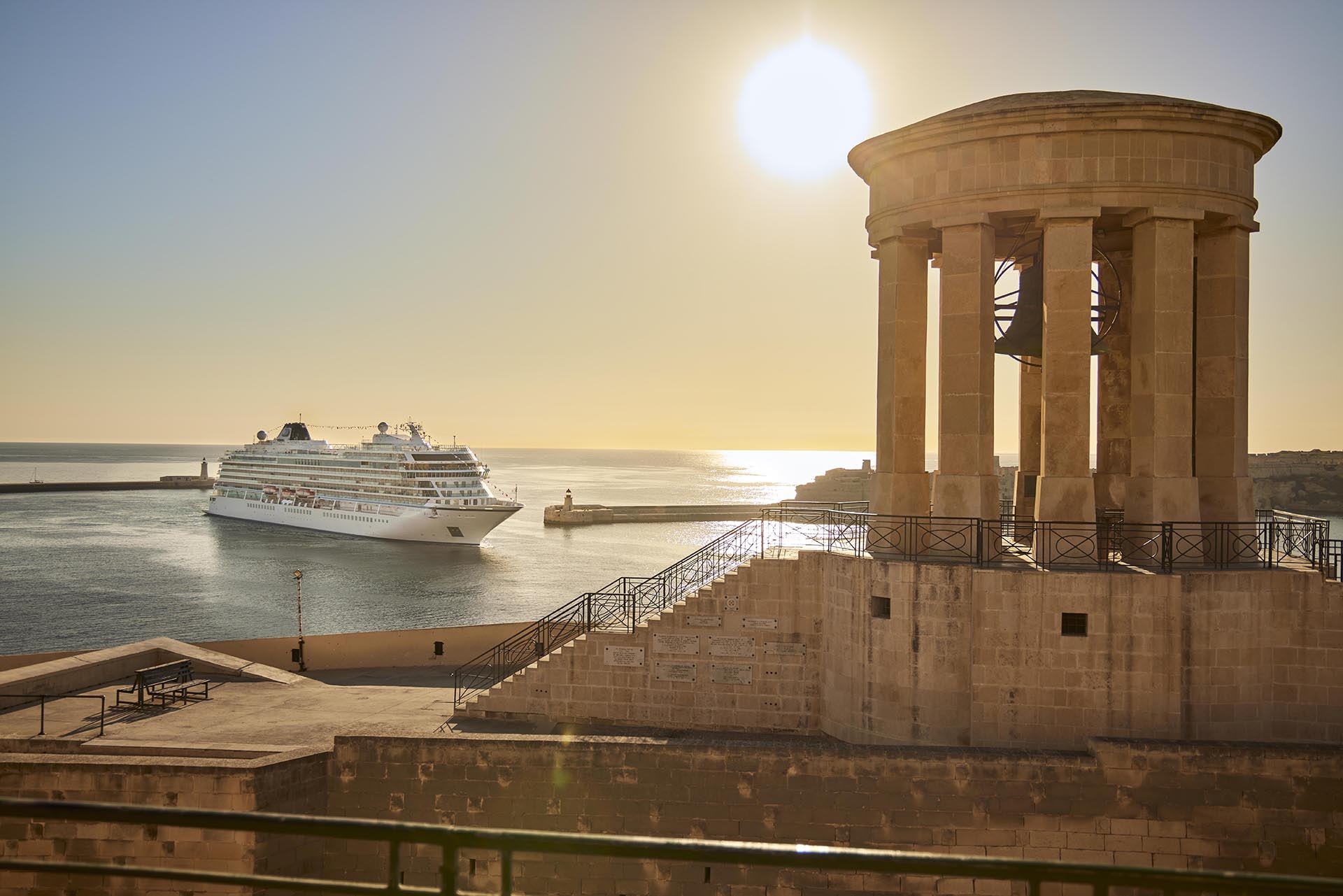 The Norwegian-Flagged Viking Mars Named in Malta on Norway Day

Los Angeles, CA, 2022-May-19 — /Travel PR News/ — Viking® (www.viking.com) today (May 17, 2022) named its newest identical ocean ship, the Viking Mars®, during a private ceremony in Valletta, Malta. As part of the event, the ship’s ceremonial godmother Lady Fiona Carnarvon, the Countess of Carnarvon, offered a blessing of good fortune and safe sailing for the ship—a naval tradition that dates back thousands of years. This week the new ship will begin her maiden season sailing itineraries in the Mediterranean, Scandinavia and Northern Europe, before repositioning at the end of the year for voyages around Australia and New Zealand.

“It is always a proud day when we welcome a new sister ship to our fleet. The Viking Mars will allow us to offer even more opportunities for curious travelers to explore the world in comfort,” said Torstein Hagen, Chairman of Viking. “Many of our guests were introduced to both Viking and Highclere Castle while watching Downton Abbey, and over the years we have continued a close friendship with the Carnarvon family as they have welcomed our guests into their home. We are very grateful that Lady Carnarvon has honored us by serving as godmother of our newest ocean ship.”

“I am honored and privileged to be the godmother of the Viking Mars. I have no doubt she will delight the many guests who travel with her around the world. For more than a decade, Viking and Highclere have been linked through both Downton Abbey and life, and we look forward to continuing welcoming the extended Viking family to explore our home for years to come,” said Lady Carnarvon.

A small naming ceremony of the Viking Mars took place today while the ship was docked in Valletta’s Grand Harbour and was attended by friends and business partners of Viking, including Maltese officials. Lady Carnarvon offered her blessing for the ship via video from Highclere Castle, and a bottle of Norwegian aquavit was smashed on the ship’s hull. As all Viking ocean ships are registered in Bergen, Norway, the event paid tribute to Norwegian Constitution Day—May 17—and featured a performance by Norwegian singer Sissel Kyrkjebø, who is widely considered one of the world’s top crossover sopranos and is also the godmother of the Viking Jupiter®. Valletta is significant as the location for the ship’s naming, as Malta was one of the first countries to welcome Viking ships when the company restarted operations in 2021.

In lieu of a large-scale event, Viking and Lady Carnarvon jointly decided to celebrate the naming of the Viking Mars and Viking’s 25th anniversary in a private and more meaningful way— donating GBP10,000 each to 25 worthy charities covering a spectrum of causes that are important to both Viking and the Carnarvon family.

Lady Carnarvon, the Countess of Carnarvon and Godmother of the Viking Mars

For years Viking has offered a variety of ways for its guests to experience life at Highclere Castle, which is the home of the Earl and Countess of Carnarvon and the historic estate best known as the filming location of Downton Abbey. Viking became a household name during its sponsorship of the celebrated MASTERPIECE series through the years Downton Abbey aired on PBS. Viking Executive Vice President Karine Hagen worked closely with the Carnarvon family to develop Privileged Access® Pre/Post Extensions that feature the estate, including the highly-rated Oxford & Highclere Castle and Great Homes, Gardens & Gin extensions, both of which are available for guests on select river and ocean voyages. Also, for guests on the popular Pharaohs & Pyramids Nile River itinerary, Viking offers the five-day British Collections of Ancient Egypt Pre Extension, which gives guests an introduction to Egyptian antiquities in preparation for their Nile experience—and includes retracing the steps of the world’s most famous Egyptologist, Howard Carter, and his benefactor, the 5th Earl of Carnarvon. Guests experience Privileged Access to archives and museum exhibits not normally accessible to the public, and at Highclere Castle, have the opportunity to view the Earl’s magnificent private collection of Egyptian artifacts.

Lady Carnarvon has also welcomed viewers to Highclere Castle on Viking’s award-winning enrichment channel, Viking.TV (www.viking.tv). In her ongoing series, At Home at Highclere, Lady Carnarvon offers virtual Privileged Access to the historic home and its grounds. In the past two years, she has led more than 20 virtual tours and offered glimpses of life at her home. Additionally, Lady Carnarvon has served as godmother to a Viking Longship, the Viking Skadi, which sails Viking’s popular itineraries on the Rhine, Main and Danube rivers.