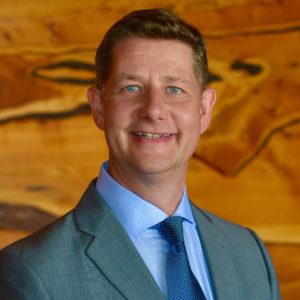 Kuala Lumpur, Malaysia, 2017-Oct-06 — /Travel PR News/ — Veteran Four Seasons hotel executive Tom Roelens has been appointed General Manager of the all-new Four Seasons Hotel Kuala Lumpur, set to open in spring 2018.   The 209-room Hotel is paired with the company’s largest residential project to date, with 242 Four Seasons Private Residences and 27 serviced apartments.  Four Seasons will be housed in the new, 65-storey building that will be the second tallest in all of Malaysia – surpassed only by the famed Petronas Towers, a landmark that happens to be right next door.

“Tom is the ideal choice to oversee this important project toward its opening date, and to lead the debut of Four Seasons in Kuala Lumpur,” says Rainer Stampfer, Four Seasons President, Hotel Operations Asia Pacific.  “His depth of experience in transforming our two resorts on the Hawaiian island of Lanai, and his tremendous enthusiasm for the project and the city make him an ideal ambassador for Four Seasons in the city.”

Roelens’ Four Seasons career began in Southeast Asia 17 years ago at the former Regent Jakarta, following earlier positions in Bali, Dubai and his native Belgium.  After a stint in California, he returned to Asia and island life at the acclaimed Four Seasons Resort Maldives at Kuda Huraa, before leading the extensive transformation of Four Seasons Resort Lanai over the past ten years.  Now, he takes on his most challenging role yet at the helm of the all-new Four Seasons Hotel Kuala Lumpur.

“It’s an absolutely stunning building in the best possible location in the city,” says Roelens.  “I’m particularly excited that in this fast-paced and expanding metropolis, we will be able to offer both business and leisure travellers a true oasis of luxury and personalised service in an intimate setting, while remaining wired to the city’s energy and opportunity.”

As Roelens assembles his team, construction continues to progress at a rapid pace, and the reservation books are anticipated to open in early 2018 in anticipation of spring opening.  Event planners and groups may call (603) 2026 5085 or email enquiries.kualalumpur@fourseasons.com for preview presentations, and residential clients are invited to click here for more details.

About the New Four Seasons Hotel Kuala Lumpur
Part of the new Four Seasons Place complex that also includes upscale shopping, dining and nightlife, Four Seasons Hotel Kuala Lumpur will provide an intimate, personalised hospitality experience for international travellers as well as local guests.  The Hotel will offer five restaurants and lounges, including a Cantonese restaurant, poolside grill and stylish bar.  A serene spa will be complemented by a fitness centre and outdoor pool.  The Hotel will also host the city’s elite business and social events two ballrooms and several meeting rooms, with a dedicated team of Four Seasons experts ready to customise everything from conferences and board meetings to society galas and weddings.  There will also be an executive lounge catering to business travellers.