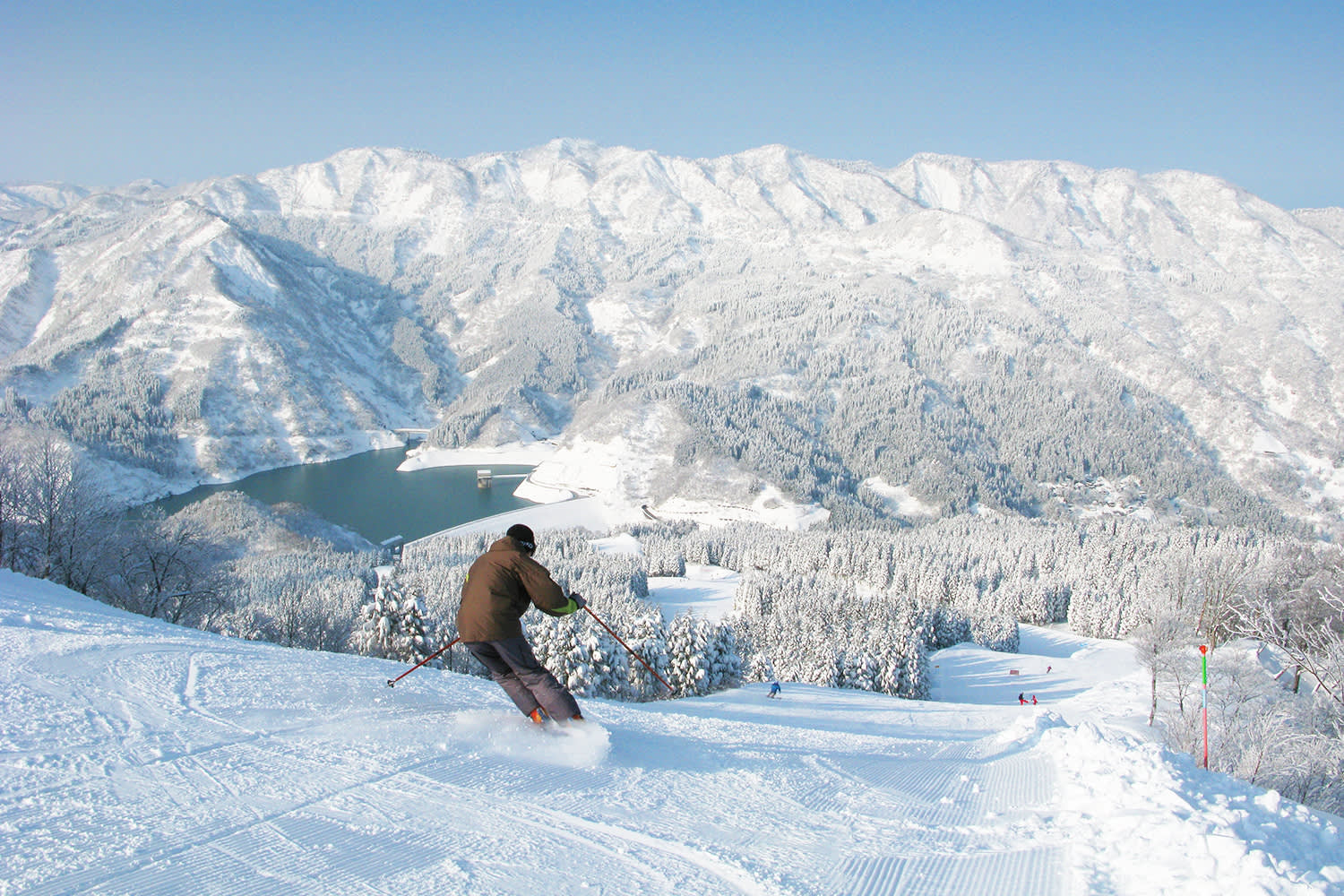 LONDON, 2021-Jan-11 — /Travel PR News/ — Located on Honshu’s northern coast between the Sea of Japan and the cluster of peaks surrounding Mt. Hakusan, Ishikawa offers sublime ocean views and stunning mountain vistas. During the winter months Ishikawa is blanketed in snow, making it the perfect winter destination. The first snow arrives in early December, and the landscape of Ishikawa is transformed. Romantic white scenery can be seen across the prefecture, from the coasts of Noto to the peaceful mountains of the Hakusan region. Enjoy setting sights on winter garden spectacles, skiing in the mountains and tasting local winter delicacies such as onabe (large hotpot) and snow crab. See here a guide to winter in Ishikawa.

Kenrokuen Garden is a beautiful Japanese garden with an area of 11.4 hectares located on the heights of the central part of Kanazawa. Kenrokuen, which means ‘having six factors’, was given the name because of the six attributes that bring out the perfect landscape of the garden: spaciousness, tranquility, artifice, antiquity, water courses and magnificent views from the garden. From its scale and beauty, it is regarded as one of the most beautiful feudal lords’ gardens in Japan. Visitors can enjoy a winter wonderland during the winter months with groundskeepers constructing elegant tree supports called yukizuri from bamboo and rope to protect branches from the weight of the snow.

Every January, a thousand local firefighters in traditional garb gather at Kanazawa Castle at the Kaga-tobi Dezomeshiki Festival. Teams of firefighters display their skills in the main spectacle called the dezomeshiki: acrobatic stunts performed while perched atop tall ladders. Despite the cold Ishikawa winter, the firefighters wear scant, traditional outfits with some even doused with fire hoses while wearing nothing but a loincloth. The dezomeshiki tradition, found nationwide, originated in the Edo period (1603–1867) when firefighting brigades were guided by a single firefighter who rode atop a high ladder, shouting instructions to their fellow firefighters below. Whilst watching, keep an eye out for the gold leaf-covered matoi. These are Edo-period flags that were raised on the roof of a building on fire to notify people that the fire was being extinguished.

Jumbo Oyster Festival in the snow

The Jumbo Oyster Festival celebrates oysters harvested in Anamizu Bay. The area’s oysters are prized for their sweetness and are at their peak in winter. Each year, a 400-meter-long charcoal grill is set up for festival-goers to grill their own oysters. Enjoy socialising with locals around the communal grill with allocated seating that creates a fun, festive atmosphere. In addition to oysters,

festival goers can browse and enjoy various other stalls that are selling a range of other local delicacies.

Onabe is one of the main food attractions of Yamanaka Onsen. During the colder months, both visitors and local residents alike of Yamanaka Onsen warm up with a light, savoury hot pot of snow crab, shrimp, carrots and radish. The stew is served in local lacquerware bowls in the town square between 10am and 1pm daily, between December and March, and every Friday, Saturday, Sunday and public holiday in November. This is a delicious authentic dish that is not to be missed!

Most of the ski hills in Ishikawa Prefecture are in and around Hakusan, Komatsu and the capital city of Kanazawa City. With the opening of the Hokuriku Shinkansen line to Kanazawa in 2015, the region has become more accessible. Hakusan Ichirino Ski Resort is a scenic ski area in an onsen setting and home to the largest ski slope in Ishikawa. In addition to slopes for beginner to advanced skiers, the resort has a kids park where sledding, tubing, skiing and snowboarding can be enjoyed. Visitors can pick from many accommodations and hot-spring baths in the adjacent Ichirino Onsen Village which are available at a range of prices.

Each year during the month of February, Hakusan City located in Ishikawa Prefecture, puts approximately 3,000 snowmen on display. These snowmen are handmade by the villagers in all shapes and sizes. They line the streets of Shiramine and Kuwajima and in the evening, the insides of the snowman are illuminated with candles creating a magical atmosphere. Brilliant for children and adults alike, this is a snow festival not to be missed.

Sitting on the seacoast, Ishikawa’s capital city of Kanazawa is home to the “perfect garden” of Kenroku-en, designed to be beautiful during every season. The adjacent Kanazawa Castle, once home to feudal lords, has been partly reconstructed. Across the Asano River, teahouses from the Edo period have been preserved in the Higashi Chaya District.