LONDON, England, 2016-Feb-18 — /Travel PR News/ — Renowned cosmetic and dermatologic surgeon Luca Russo, MD, MSc has joined the Spa at Four Seasons Hotel London at Park Lane. On Thursdays and Fridays between 11:00 am and 3:00 pm, Dr. Russo will reside at the Spa with his Rejuvenation Clinic and Medi Spa offering aesthetic consultations and a series of state-of-the-art treatments.

The Rejuvenation Clinic and Medi Spa at Four Seasons Park Lane is offering complementary consultations until February 29, 2016, worth GBP 295.

Dr. Russo is internationally recognised for his revolutionary work in reversing sun damage and premature skin ageing. Known as the doctor who makes people feel younger, he is acclaimed for his use of injectable treatments such as fillers and Botox that have a natural look. He has pioneered the combined use of Thermage, Fraxel, Zeltiq, PRP and stem-cells in Europe for more than 20 years and is the man behind some of the world’s most famous faces.

Treatments start from GBP 295 and include injectables, used mostly on the top section of the face, minimising frown lines that appear during ageing; Aqualyx, which dissolves unwanted fat helping to re-shape the face; and treatments aimed to help improve the texture of skin damaged by sun exposure such as chemical peels and laser.

Sheron Boddy, Director of Four Seasons Park Lane Spa comments: “We’re so thrilled to have Dr. Russo join the team. He applies the latest scientific research to deliver the best possible care and results for each client.”

On joining the Spa, Dr. Russo comments: “I’m delighted to bring the Rejuvenation Clinic and Medi Spa toFour Seasons Hotel London at Park Lane. The stylish Spa is the perfect place for clients to enjoy the treatments while taking in stunning views of London.”

The Spa at Four Seasons Hotel London at Park Lane
Taking over the entire 10th floor, the Spa at Four Seasons is a roof-top sanctuary like no other, boasting 360 degree views of the magnificent London skyline, a relaxation lounge and a state-of-the-art fitness centre. Each of the nine luxury spa treatment rooms features floor-to-ceiling windows, allowing the room to be bathed in natural light while guests enjoy the views, then darkened during treatments to provide privacy and a relaxing atmosphere. 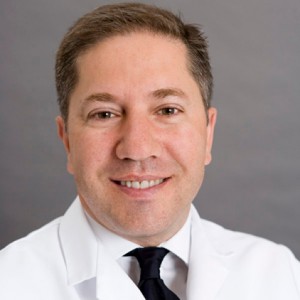