Calgary, Canada, 2013-11-1 — /travelprnews.com/ — Today the Calgary Airport Authority announced the launch of the 30 Days, 300 Ideas campaign. Between now and Nov. 27, 2013, Calgarians can submit their ideas on how they would like to celebrate the launch of the new runway at the Calgary International Airport (YYC).

To officially open the runway, YYC will host celebrations in May and June 2014 and will invite Calgarians to join in the festivities. To help plan the event, Calgarians can share their ideas and suggestions over the next 30 days about how the runway opening should unfold on a new interactive website, YYCRunway.com.

“Hosting a celebration on a runway is a once-in-a-lifetime opportunity,” said David Swanson, Board Chair for The Calgary Airport Authority. “The 30 Days, 300 Ideas campaign is an opportunity for Calgarians to like, comment on and share ideas for how we should celebrate the grand opening of the runway. We hope to gather at least 300 ideas in 30 days at YYCRunway.com, as well as through Facebook and Twitter, to help shape a spectacular event that will launch this new YYC landmark.”

YYC is an important economic engine for the city, region and province, generating over $6 billion per annum in economic activity. The addition of the new runway is essential to the continued growth and prosperity of YYC and the airport’s ability to grow the passenger and cargo network at the Calgary International Airport. The new runway will be 14,000 feet (4.2 km) long and 200 feet wide (61 m), which will be equivalent to the distance from the Calgary Tower to Chinook Centre.

Calgarians are encouraged to submit their ideas at YYCRunway.com, or using #YYCRunway at Facebook.com/FlyYYC or Twitter.com/FlyYYC. For a chance to win $300 YYC Bucks that can be used at any of the retailers, shops and restaurants at the Calgary International Airport, the public can share their ideas at YYCRunway.com until Nov. 27, 2013. The details of the celebration event will be announced in early 2014. 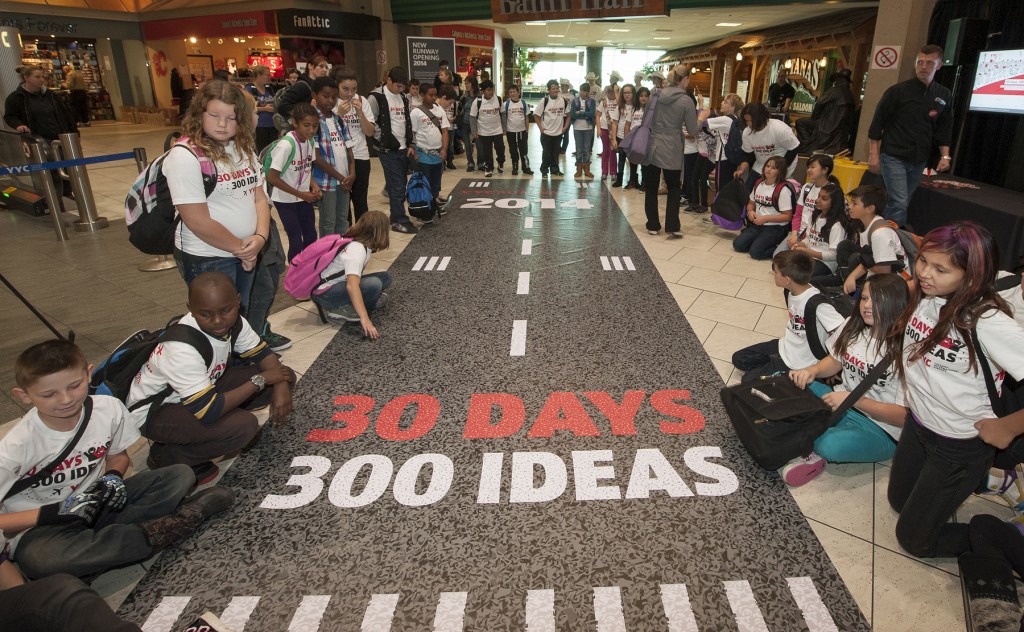