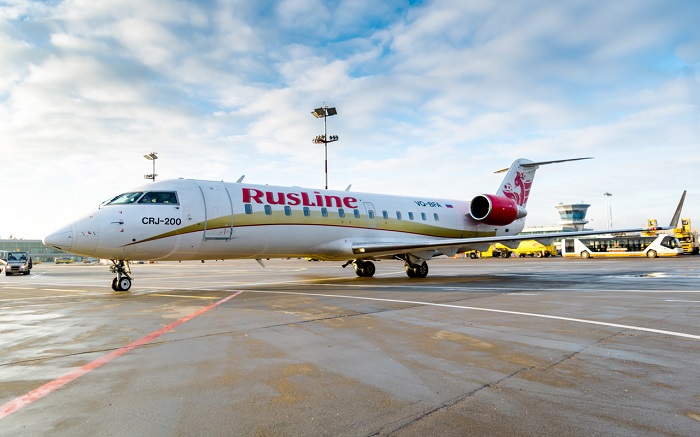 Director for Aviation Marketing and Commerce of Sheremetyevo International Airport Vladimir Khizhnyak said: “We are pleased to welcome RusLine airline at our airport. We appreciate the growing number of domestic carriers using Sheremetyevo infrastructure. From now Sheremetyevo airport operates flights up to 56 different destinations all over Russia”.

Managing Partner — Aviation, CEO of CJSC “Rusline” Airlines Dmitry Mirgorodsky mentioned: “RusLine aims to develop air communication between regions and major hubs. This is one of the main tasks. We are very pleased that Sheremetyevo Airport is becoming our partner in this direction”.

RusLine holds a leading position in the segment of regional Russian cariers. The main objective of the company is to connect regional centers and hub airports. The company’s fleet is composed of 20 regional Bombardier CRJ-100/200 with 50 seats capacity. Airline route network connects more than 30 cities of Russia and Europe.

Sheremetyevo International Airport is the largest Russian airport in terms of passenger and freight traffic, takeoff and landing operations, the area of the airport facilities and the capacity of the cargo facilities. The Sheremetyevo route network comprises 186 destinations. In 2016, Sheremetyevo set a historic record for passenger traffic, serving 34 million 30 thousand people.