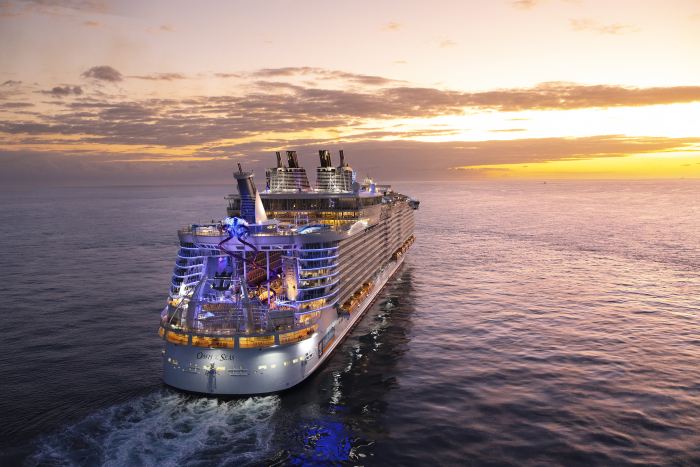 Getaways for Every Type of Vacationer Set Sail Across Seven Ships in Nine Homeports, Including the European Debut of the amplified Oasis of the Seas

MIAMI, FL, 2022-Nov-18 — /Travel PR News/ — Royal Caribbean International’s new European vacations for summer 2024 are now open, featuring seven world-class ships in nine homeports and a lineup of landmark destinations, from the black sand beaches of Iceland to the breathtaking Amalfi Coast in Italy. Opening the season with a splash in May 2024 is the European debut of the amplified Oasis of the Seas. Vacationers of all ages and their families can experience the timeless charm of Europe on a wide variety of cruises that range from five to 17 nights and explore culture-rich locales, from Reykjavik, Iceland, and Ephesus, Turkey, to the Arctic Circle, Rome, the Greek Isles and everything in between. The new summer 2024 Europe cruises are now open to book on the cruise line’s website.*

Vacationers dreaming of a summer getaway in Europe can choose from a combination of diverse cruises and ships. Sailing from Barcelona and Rome, the original gamechanger, Oasis, will take center stage with its $165 million roster of amplified experiences for the first time in Europe. Everyone in the family can make memories together and on their own adventures with features like the Ultimate Abyss, the tallest slide at sea, original entertainment across four stages: air, ice, water and theater; and a variety of restaurants, bars and lounges, including the cruise line’s first barbecue restaurant, Portside BBQ.

Odyssey and Anthem of the Seas will return to sail from Rome and Southampton, England, respectively, with signature experiences vacationers know and love. Highlights on Odyssey include SeaPlex, the largest indoor and outdoor activity complex at sea, and Giovanni’s Italian Kitchen & Wine Bar, the cruise line’s latest take on its signature Italian trattoria. On both returning favorites, vacationers can experience life 300 feet above the ocean in the North Star, the all-glass observation capsule, the RipCord by iFly skydiving simulator and a variety of flavors to choose from like fresh sushi and sashimi at Izumi and imaginative cuisine at the whimsical Wonderland.

Rounding out the summer lineup are Explorer, Voyager, Jewel and the Ultimate World Cruise on Serenade of the Seas.

Odyssey of the Seas – Sailing from Rome

For the third year running, vacationers will be whisked away on their choice of 7- to 9-night Greek Isles cruises from Rome to destinations like Naples, Italy, the idyllic Greek Isles of Santorini and Crete, as well as 12-night Holy Land sailings to the historic, bustling cities of Limassol, Cyprus; Ephesus (Kusadasi), Turkey; Jerusalem, Israel; and more. From the blue domes of Mykonos, Greece, to the UNESCO World Heritage Sites of the ancient city of Pompeii, Italy, and the ruins of Ephesus, a world of history is at their fingertips.

Oasis of the Seas – Sailing from Barcelona, Spain, and Rome

For the first time, the renowned Oasis Class ship and family vacation heads to Europe with its amplified adventures and experiences. Vacationers can explore the Western Mediterranean on 7-night Spain, France and Italy cruises from Barcelona and Rome to bucket list destinations like Palma de Mallorca, Spain; Florence, Italy; and Provence, France. Whether they set out to marvel at the imposing sight of the Leaning Tower of Pisa in Italy, or explore the 14th-century Cathedral of Mallorca, adventurers can immerse themselves in places filled with rich culture.

Anthem of the Seas – Sailing from Southampton, England

The returning favorite will call Southampton home for the fourth consecutive year. Adventure seekers can choose from 7-night adventures to Spain and France or the Norwegian Fjords. There is plenty to discover, including jaw-dropping fjords and Viking history at destinations like Maloy and Haugesund, Norway, and the colorful markets in Bilbao, Spain. Longer, 11- to 14-night vacations will visit top spots such a Lisbon, Portugal; Vigo, Spain; and the Canary Islands, where vacationers can venture out to beautiful white sand beaches and awe-inspiring European architecture all in one getaway.

Serenade of the Seas – Sailing from Dubai, United Arab Emirates, and Barcelona

Vacationers can join the record-breaking Ultimate World Cruise and explore several continents as part of two segments that make up half of the 274-night world tour. The Ultimate Middle East and Med Cruise begins in Dubai, United Arab Emirates, visiting Greece, Turkey, Croatia and more along the way before reaching Rome. In store on the Ultimate Europe and Beyond cruise, starting in Barcelona, are culture-rich destinations like Spain, Ireland, France and more.

Explorer of the Seas – Sailing from Ravenna, Italy

From Ravenna, Italy, adventurers can sail the Aegean Sea on epic 7-night cruises that visit a combination of idyllic beaches, forest-clad mountains and crystal-clear waters of many Mediterranean gems, such as Argostoli, Greece; Kotor, Montenegro, and Chania, Crete.

Adventurers can choose from a series of 7-night sailings to Greece, the Western Mediterranean, Egypt and Israel. What awaits are experiences where travelers can retrace ancient steps, taste a variety of cuisines, soak in vibrant cultures and more, including history at the birthplace of democracy, Athens, Greece, breathtaking sights at the iconic stairs of Santorini, Greece, the relaxing waters of Marinieres Beach in Nice, France and the culture-rich Old City in Jerusalem, Israel.

Jewel of the Seas – Sailing from Amsterdam, The Netherlands

From Amsterdam, The Netherlands, the exploration continues on a variety of 11- to 17-night cruises that visit top-rated destinations such as the Arctic Circle, the British Isles, Iceland and Ireland. Vacationers will be surrounded by jaw-dropping views, from the snow-covered mountains of Akureyri, Iceland, to the White Cliffs of Dover in England, and they can experience the ultimate in relaxation in places like the geothermal Blue Lagoon in Reykjavik.
* 2024 Europe cruises on Voyager of the Seas open Friday, Nov. 18.

Royal Caribbean International, owned by Royal Caribbean Group (NYSE: RCL), has been delivering innovation at sea for more than 50 years. Each successive class of ships is an architectural marvel that features the latest technology and guest experiences for today’s adventurous traveler. The cruise line continues to revolutionize vacations with itineraries to 240 destinations in 61 countries on six continents, including Royal Caribbean’s private island destination in The Bahamas, Perfect Day at CocoCay, the first in the Perfect Day Island Collection. Royal Caribbean has also been voted “Best Cruise Line Overall” for 19 consecutive years in the Travel Weekly Readers’ Choice Awards.