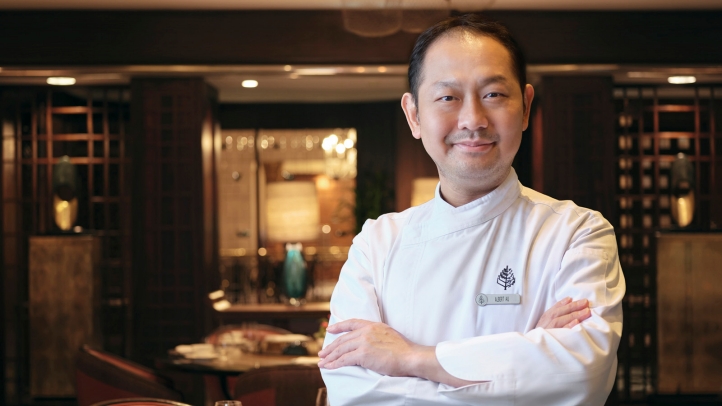 Chef Au’s impressive culinary career began at the tender age of fourteen years old. Twenty-nine years later, he remains passionate about the art of fine Chinese cuisine. With a deep respect for fresh, seasonal produce and a passion to bring a dynamic perspective to classic techniques, his indomitable spirit has led him to becoming the world’s youngest three Michelin starred Chinese chef when he obtained three Michelin stars in 2014 while at The 8 Restaurant, Grand Lisboa Hotel in Macau and was most recently the Executive Chef for Hong Kong Lai Sun F&B Management Limited, responsible for managing the luxury Chinese restaurants for the group, including China Tang, Island Tang, Chiu Tang, China Club and Tang2.

No stranger to accolades, Chef Au had also won a Michelin star for Island Tang for three consecutive years in 2010, 2011 and 2012. Chef Albert reflects and shares a key moment in his journey – the famous state banquet in 2007 held at the historic Beijing Hotel where his culinary creations were savoured by former heads of state. This defining milestone was the single impetus that continues to encourage him to seek new levels of excellence in his craft. Other honours include the title of Chinese Culinary Art Master by China Hotel Association, and additionally author of notable recipe publications.

Born and raised in Hong Kong, Chef Au has been following his passion for creative culinary  interpretations of traditional dishes. Chef Au shares, “Since a young age, the kitchen has been my calling as it allows me to constantly dream and create new dining experiences hinged on sound culinary techniques. I am especially excited for this new chapter and journey with Jiang-Nan Chun as its principles of refined pleasures through culinary mastery resonates with me and is what I seek to bring to the table and fine Chinese dining scene in Singapore.”

“We are very excited to welcome Chef Au and to have him on our team in Singapore. We are certain that with his leadership, Jiang-Nan Chun will continue to elevate both guests’ dining experience and Cantonese fine-dining in Singapore,” says Giovanni Speciale, Director of Food & Beverage and Culinary Operations at Four Seasons Hotel Singapore.