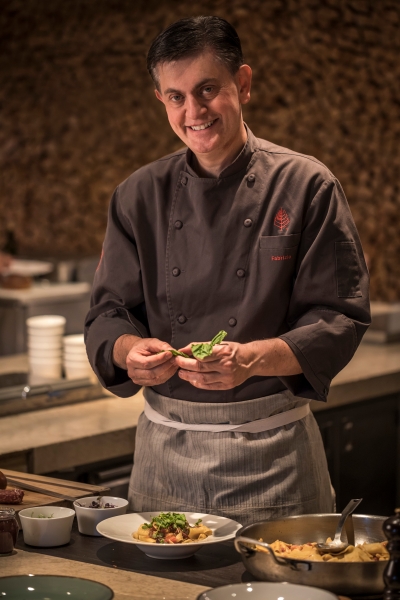 Executive Chef Fabrizio Schenardi, who hails from Torino, Italy, will welcome Italian guest chefs in partnership with the Region of Piedmont in Italy and the Italian Food Style Education (IFSE) Culinary School. The Resort first partnered with IFSE in October 2016.

“I am very excited to welcome back the Italian Festival to Ravello,” says Schenardi. “I look forward to sharing the delicious white truffle with our guests and many Orlando locals.”

Ravello will welcome Chef Enrico Pivieri, a former student of IFSE and chef/owner of Il Cavallo Scosso restaurant, located in Asti, an area of Italy close to Milan and Genoa.  Chef Pivieri has been recognised as one of Italy’s Top 100 Chefs in both 2018 and 2017, and the restaurant has received many accolades including a 1 forchetta, Italy’s equivalent to a Michelin Star rating.

The highlight of the event, the White Truffle Dinner, will take place on Saturday, February 2, 2019 at 6:30 pm at Ravello, and each course will feature the white Alba truffle from Italy and a wine pairing.

The menu is as follows:

The dinner is available for USD 195 per person (all inclusive) and guests must purchase a ticket to attend this special event. Tickets can be purchased here.

Additionally, guests can enjoy a three-course prix-fixe menu in Ravello for USD 56 per person from Tuesday, January 29 through Sunday, February 3, 2019.

The prix-fixe menu is as follows:

IFSE is the only cooking school that is acknowledged by the General Secretary of The Italian Republic, referred to as the most innovative school of Italian cuisine. The school safeguards and promotes Italian nutrition and excellence through training courses, conferences, conventions and more. IFSE collaborates with food experts, nutritionists and agronomists of international acclaim to promote high quality education and focus on the health-related aspects of food. Students are trained in the principles of healthy cooking and the Mediterranean diet.