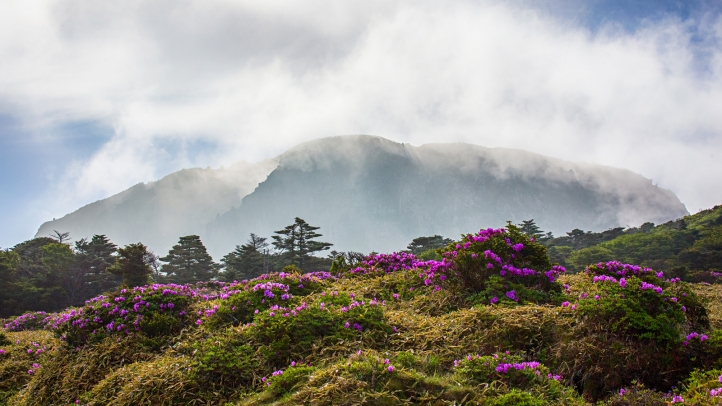 Conveniently located just one hour from Seoul by plane, Jeju Island is home to some of Korea’s most spectacular natural wonders, including multiple UNESCO sites, an expansive network of underground lava caves, thundering waterfalls, lush coastal hiking trails and the highest mountain peak in all of Korea. A year-round destination for travel with friends and family, Jeju Island also hosts the world-class Jeju Food & Wine Festival and offers a colourful array of local cuisine.

The first of its kind on the island, Jeju Shinhwa World will be one of Korea’s most dynamic resort developments, encompassing high-end hotel facilities including the world-class Four Seasons resort, upscale resort condominiums and villas, and retail space for international and K-fashion brands. The integrated development will also feature an array of entertainment options including a waterpark, theme park, international-style casino and K-pop entertainment centre.

“Jeju Shinhwa World is set to be one of the most popular leisure and entertainment destinations in north-east Asia. We are honoured to have Four Seasons as a luxury hotel brand in our accommodation offering. As a world-known luxury hospitality company, I am confident that Four Seasons will offer distinguished guests a premium hospitality experience at Jeju Shinhwa World,” says Yang Zhihui, Chairman and Executive Director of Landing International Development Limited. “Jeju attracted close to 16 million visitors in 2016, and tourism is expected to continue to grow with a strong momentum for many years to come. We believe with its world-class products and service quality, Four Seasons will enhance the hospitality offerings in Jeju and further strengthen Jeju Shinhwa World’s market position as a desired tourist destination in Jeju.”

“Korea is an important market for luxury leisure and business travellers. We are pleased to be extending our presence with a new resort experience on Jeju Island to complement our urban property in Seoul,” says J. Allen Smith, President and CEO, Four Seasons Hotels and Resorts. “Landing International has an incredible vision for Jeju Shinhwa World. We look forward to working in partnership with them to create a world-class Four Seasonsresort on Jeju Island, offering yet another destination in Korea for local and international travellers to experience the personalised service and thoughtful attention to detail that define Four Seasons.”

Four Seasons Resort Jeju Island at Jeju Shinhwa World, South Korea will include approximately 240 lavishly furnished guest rooms, suites and exclusive villas, with a variety of tailor-made restaurants and bars from which to choose. The Resort will be equipped with state-of-the-art facilities for intimate weddings and prestigious corporate events, as well as a luxurious spa designed in the style of a traditional Korean tea house.

Jeju Shinhwa World is opening in phases in late 2017. It will be one of Korea’s most exciting and prestigious world-class integrated leisure and entertainment resorts.

Jeju Shinhwa World will be Jeju’s first premium integrated resort, spanning an area of approximately 2.5 million square metres (26.9 million square feet). Opening progressively from the beginning of 2017, Jeju Shinhwa World will offer world-class hospitality, leisure, entertainment and gaming facilities including a theme park offering many thrill rides and attractions in different zones themed after the world’s myths and legends, an adventure water park and a destination spa, as well as Jeju’s first retail and food and beverage complex. The project will incorporate a series of premium hotels offering more than 2,000 rooms, ranging from family-oriented guest rooms to ultra-luxurious exclusive villas. Full meeting and conference facilities suitable for regional and international MICE (meetings, incentives, conventions and events) are also readily available to meet the most demanding business needs.

Landing International is a limited company listed on the Main Board of Hong Kong Stock Exchange and also a constituent stock of the Hang Seng Family of Indexes. The Company and subsidiaries are principally engaged in the development operation of integrated leisure and entertainment resorts, gaming clubs, entertainment facilities and property development under its own “Landing 藍鼎” and “Les Ambassadeurs or Les A 利陞” brand names.