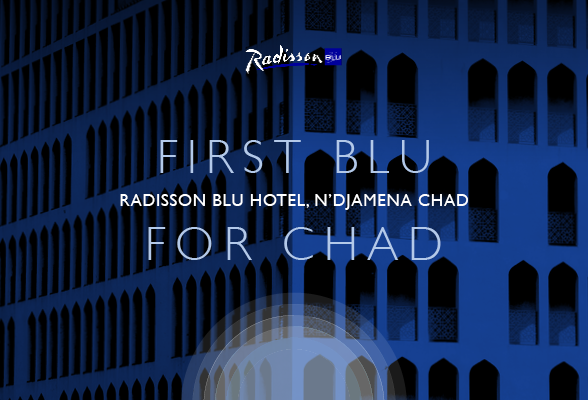 Radisson Blu announces the opening of its first hotel in N’Djamena, Chad

Radisson Blu, the iconic hotel brand driven by innovation and design, is proud to announce the opening of its first hotel in N’Djamena, Chad. This latest addition brings Carlson Rezidor Hotel Group’s African presence to 42 hotels with more than 16,200 rooms in operation and under development.

BRUSSELS, Belgium, 2017-Jul-14 — /Travel PR News/ — Located on the shore of the Chari River, the Radisson Blu Hotel, N’Djamena is situated in the southern part of the capital, just 10 minutes from the city center and 15 minutes from Hassan Djamous International Airport.

“We are delighted to expand our upper-upscale presence in Africa with the opening of a new Radisson Blu in a new country, Chad, Africa’s fifth largest,” said Mark Willis, Senior Area Vice President, Middle East, Turkey and Africa, The Rezidor Hotel Group. “Since 2010, the country has signaled significant growth and development ambition, and we are delighted to be part of Chad’s continued progress, especially in travel and tourism.”

All 175 guest rooms of the Radisson Blu Hotel, N’Djamena offer a warm ambiance, contemporary design and free, high-speed WiFi. There’s a selection of rooms styles to suit every traveler, from Standard, Superior and Business Rooms. More spacious accommodation offer includes a range of Junior and Executive Suites with separate living and dining areas with picturesque views of the courtyard and mesmerizing Chari River.

La Promenade restaurant delivers a delicious menu all day with a variety of hearty buffets and an à la carte choices. A great choice of cocktails and fresh drinks, plus snacks and sweet delights can always be ordered at Le Chari Lounge Lobby Bar. Guests can bask in the infinite views from the sixth floor at Le Panorama Restaurant & Bar, which offers an array of dishes and signature tapas.

The hotel’s meetings and events space includes more than 12,000 square meters – the largest in Chad. The conference center offers 15 meeting rooms for 10 to 90 people, 2 amphitheaters with 120 seats and an auditorium with 800 seats. Each of the meeting rooms is fully air-conditioned and equipped with the latest audio-visual technologies, including simultaneous translation services.

Sami Ounalli, General Manager of the hotel, says, “We are delighted to open the doors of Radisson Blu Hotel, N’Djamena, introducing the globally recognized and awarded, upper-upscale hospitality experience to Chad. With the passion of our team and our world-class facilities, we are determined to become the leading hotel in Central Africa.”

Rezidor operates the core brands Radisson Blu® and Park Inn® by Radisson in Europe, the Middle East and Africa (EMEA), along with the Club CarlsonSM loyalty program for frequent hotel guests. In early 2014 and together with Carlson, Rezidor launched the new brands Radisson RED (lifestyle select) and Quorvus Collection (luxury). In 2016, Rezidor acquired 49% of prizeotel. Rezidor has an industry-leading Responsible Business Program and was named one the World’s Most Ethical Companies by the US think-tank Ethisphere.

In November 2006, Rezidor was listed on the Nasdaq Stockholm, Sweden. HNA Tourism Group Co., Ltd., a division of HNA Group Co., Ltd.-a Fortune Global 500 company with operations across aviation, tourism, hospitality, finance and online services among other sectors-became the majority shareholder in December 2016.