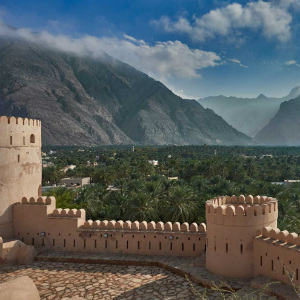 DOHA, Qatar, 2017-Sep-15 — /Travel PR News/ — Qatar Airways is pleased to announce that it will add four additional weekly flights to Sohar, its newest destination in the Sultanate of Oman, from 1 October. The additional frequency was added in response to increased passenger demand, and will take the number of weekly flights between Doha and the Sultanate of Oman from 52 to 56.

The award-winning airline launched flights to Sohar, its third and most recent destination in the Sultanate of Oman, last month. Sohar, a vibrant costal city known both for its traditional Omani culture and beautiful beaches, offers a wide range of activities for tourists, including diving, snorkelling and kite boarding, as well as many traditional markets featuring Omani handicrafts.

Qatar Airways Group Chief Executive, His Excellency Mr. Akbar Al Baker, said: “We are delighted to see robust demand on our Doha–Sohar route, especially given that we launched the service only last month.The increased frequency will allow both business and leisure travellers from Sohar even more flexibility to take advantage of smooth connections to India and Southeast Asia via our hub at Hamad International Airport.”

The additional flights to Sohar will be serviced by an Airbus A320, featuring 12 seats in First Class and 132 seats in Economy Class, with a spacious environment throughout the entire aircraft.

Qatar Airways first began service to the Sultanate of Oman by launching flights to the capital, Muscat in 2000. In 2013, Salalah was added to the airline’s growing network as the second destination in the Sultanate of Oman. The award-winning airline currently operates five daily flights between Doha and Muscat, and two daily return flights on the Doha-Salalah route.

Passengers transiting through Hamad International Airport can take advantage of the many activities and services available, from the free Wi-Fi, airside swimming pool and play areas for children, to the multiple quiet areas in which passengers can relax, as well as an amazing array of duty free shopping and dining options.

Qatar Airways has a host of exciting new destinations planned for the remainder of this year and 2018, including Canberra, Australia; Chiang Mai, Thailand and San Francisco, U.S., to name just a few.

The national carrier of the State of Qatar is one of the fastest-growing airlines operating one of the youngest fleets in the world. Now in its twentieth year of operations, Qatar Airways has a modern fleet of 200 aircraft flying to business and leisure destinations across six continents.

The award-winning airline has received a number of accolades this year, including Airline of the Year by the prestigious 2017 Skytrax World Airline Awards, which was held at the Paris Air Show. This is the fourth time that Qatar Airways has been given this global recognition. Qatar’s national carrier also won a raft of other major awards at the ceremony, including Best Airline in the Middle East, World’s Best Business Class and World’s Best First Class Airline Lounge.