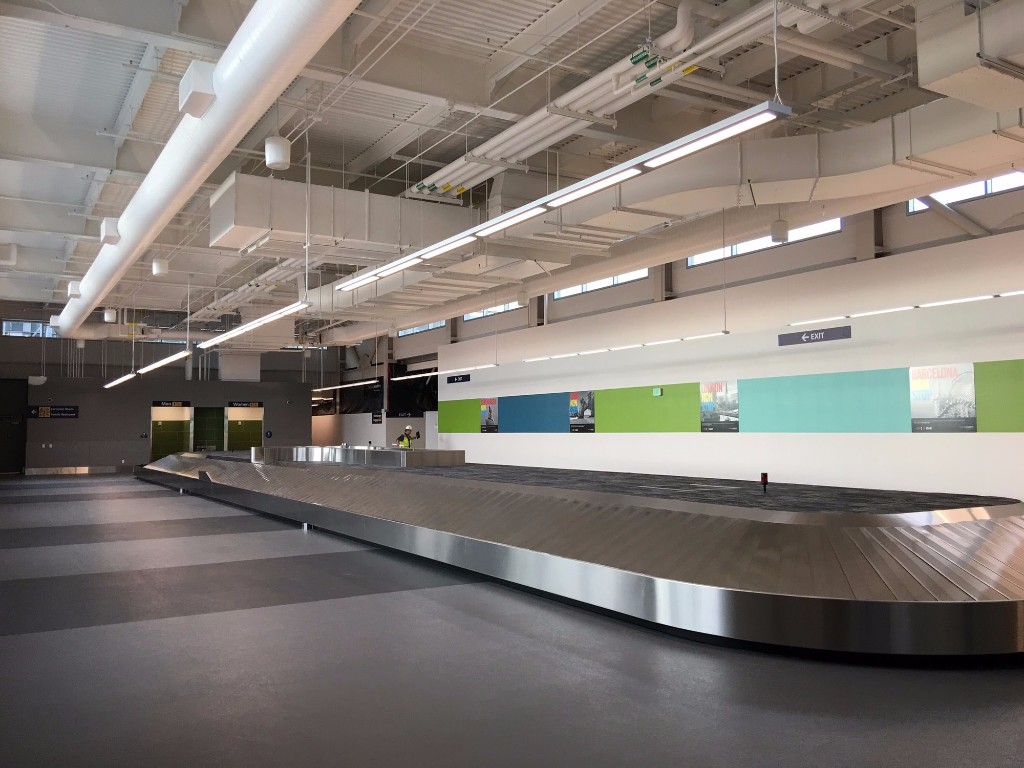 With international passenger traffic up 106% over last summer, the expansion of OAK’s IAB allows the Airport to better accommodate growing demand and increasing passenger levels arriving from foreign markets in Mexico, England, Spain, Denmark, Sweden, Norway, and the Azores. In 2018, Paris and Rome will join OAK’s international roster of nonstop markets operated by Norwegian Air.

The expansion of OAK’s IAB facility includes the following upgrades:

OAK’s Terminal 1 facility was constructed in 1962, and houses the International Arrivals Building (IAB), which was built as an extension of Terminal 1 in 1972. Prior to today’s opening, international arrival operations had been limited to approximately 300 passengers per hour, the equivalent of one widebody aircraft. However, with the expanded facility, approximately 600 passengers per hour can be accommodated, meaning two widebody aircraft can be processed simultaneously. Additionally, the new space accommodates 16 automated passport control kiosks, doubling availability from 8 previously.

Operations will continue while Phase II construction activities are completed, which include removal and replacement of the existing baggage carousel, completion of interior finishes, Customs and Border Protection (CBP) support space and restroom renovation. U.S. Customs and Border Protection operates within the IAB, meaning the area effectively serves as a U.S. border. Collaboration with CBP throughout the design and construction of the project helped to minimize impact for on-going operations and ensure that the facility meets all required standards.

The project is scheduled for completion this fall.

Oakland International is the fourth busiest airport in California and second busiest in the San Francisco Bay Area. Serving over 12 million travelers annually, OAK is the closest airport to the region’s top business and tourism venues. It is also the closest airport for most local residents.

Oakland’s air service roster to over 50 nonstop destinations is offered on 13 different airline brands – seven of which operate with OAK as their sole gateway into the San Francisco Bay region.

The vision of Oakland International Airport is to offer customers a world-class experience and be the airport of choice for Bay Area residents and visitors alike. OAK is operated by The Port of Oakland, which also oversees the Oakland seaport and 20 miles of waterfront. Together with its business partners, the Port supports more than 73,000 jobs in the region and nearly 827,000 jobs across the United States.