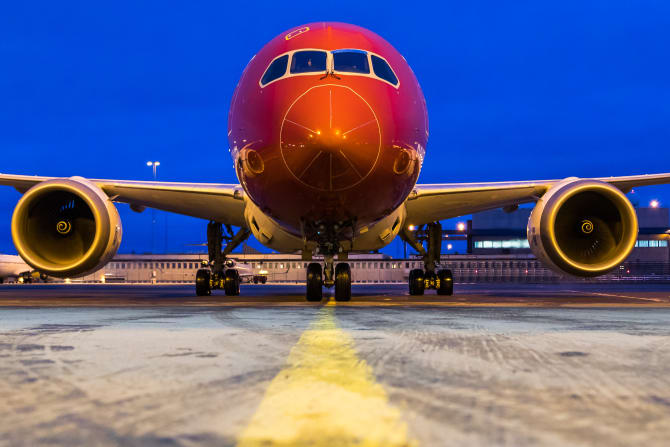 LONDON, UK, 2017-Nov-01 — /Travel PR News/ — Norwegian is getting into the Halloween spirit by offering holidaymakers the chance to bag a bargain flight to their favourite holiday destination this winter. The sale will include savings on over 2,000 seats to the US starting from just £129.99 one-way and flights to Europe available from just £26.99 one way.

The Halloween flash sale will last for three days only (31st October to 2nd November 22.59) and flights can be booked on www.norwegian.com/uk/flight-deals-halloween-uk using code HALLOWEENUK17. The flash sale covers select routes from London Gatwick on travel between 13th November 2017 to 18th March 2018 including:

London Gatwick direct to the USA from £129.99 one-way for a spook-tacular trip

London Gatwick to Europe from £26.99 for a haunted trip closer to home

Norwegian Chief Commercial Officer Thomas Ramdahl said: “Our 3-day Halloween flash sale will give passengers a spook-tacular treat on fares to the US and Europe. These fantastic offers will provide passengers high-quality flights at even more affordable fares, all while flying in style and comfort on one of the youngest fleets in the industry”.

Norwegian carries more than 5 million UK passengers each year from five UK airports, to over 50 global destinations. The airline has one of the youngest aircraft fleets in the world with an average age of 3.6 years, and more than 200 new aircraft on order. Norwegian has been awarded the ‘World’s best low-cost long-haul airline’ for three consecutive years at the SkyTrax World Airline Awards.