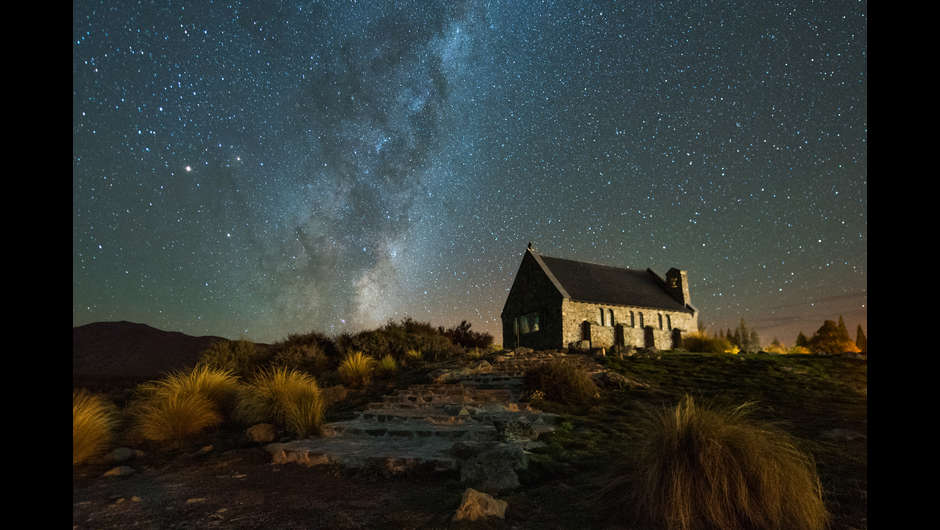 Canterbury’s top attractions will be on show at TRENZ 2017, with new options to experience the region’s alps to ocean locations and pristine skies.

The southern hemisphere’s first dark sky reserve, and the world’s biggest, is just three hours south of Christchurch. Aoraki Mackenzie is a gold-rated dark sky reserve, in recognition of the quality of the almost light-pollution-free skies of the Mackenzie Basin.

A new International Astronomy Centre is being built beside Lake Tekapo, developed by Earth and Sky, which manages night-time stargazing and telescope viewing for visitors to Mt John, in a joint venture with Ngāi Tahu Tourism. Alongside this development will be a children’s playground and a supermarket. A new hotel, Tekapo Sky Resort and a new 112-bed youth hostel are due to open in the coming year.

Another world-first for Canterbury is the PurePod, a unique sustainable luxury accommodation experience. Completely made of heavy-duty glass and set in stunning locations, the PurePod is a total immersion, private experience bringing all the outside in – from the sky above to the native plants beneath. Four PurePods are now tucked away offering luxury accommodation for two in Canterbury’s best spots, including Banks Peninsula, Waipara Valley and Kaikōura.

The Alpine Pacific Triangle is being relaunched as The Alpine Pacific Touring Route at TRENZ. The route now begins in Christchurch linking in Hanmer Springs and Kaikōura. The first stop is 45 minutes north in the Waipara Valley, a world-acclaimed wine and food destination. Further north the alpine resort of Hanmer Springs is New Zealand’s home to both relaxation and adventure activities. The village is continuing to grow with new facilities and activities opening in the past 12 months, including the new Tea Kiosk Café and Grill at Hanmer Springs Thermal Pools and Spa, and The Village Shopping Centre and its new boutiques.

The Kaikōura harbour and South Bay Marina restoration will be fully completed by October 2017, in time for the summer season. Whale Watch Kaikōura and Encounter Kaikōura are now operating around the tide times and by summer they plan to operate to full schedule, so more visitors can return to experience this world class, marine environment.