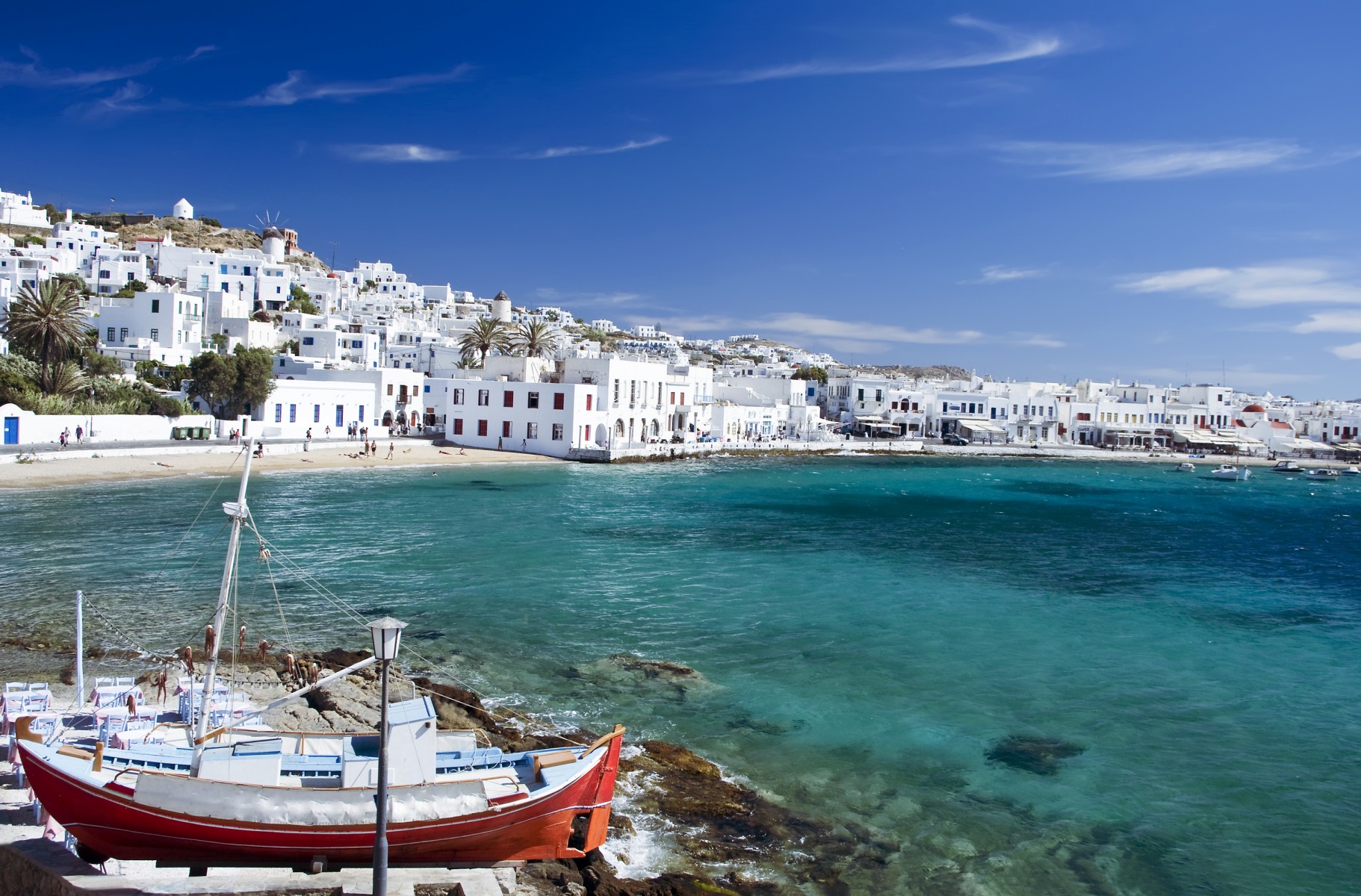 Manchester, UK, 2023-Jan-16 — /Travel PR News/ — Manchester Airport is expecting to see a spike in bookings for the summer over the coming weeks, with travellers keen to cast off the post-Christmas blues and plan their next getaway.

January is a particularly busy time for forward bookings from holidaymakers seeking summer sun and an escape from the grey and dreary British winter. This coming Monday, the third of the month, has been coined ‘Blue Monday’ by the travel industry for its noticeable peak in activity – more than 630,000 travellers searched for a flight from Manchester on the corresponding Monday last year, according to data from price comparison site Skyscanner.

The Northern Hub is expecting a busy January for bookings this year and has revealed its most popular destinations by capacity for summer 2023, with many thousands of seats available over the travel industry’s summer season.

A number of airlines also have deals available on Blue Monday and throughout January, with flights to some major holiday hotspots available from under £60pp return.

Up to six flights per week

Among the most-visited of Greece’s 6,000 islands, Mykonos is particularly popular with a younger crowd, combining Greek culture, food, striking architecture and sunshine with a vibrant nightlife scene.

Mykonos’ ‘Little Venice’, in the town of Chora, is a popular day trip spot, with the balconies of its whitewashed buildings suspended over the sea.

Jet2.com will take you to Mykonos from Manchester for £187pp return (10th – 17th August), and you can also travel with easyJet.

Up to eight flights per week

Whilst most of the many thousands of Brits visiting Almeria each summer come here for the outstanding beaches, the Andalusia region of Spain is a cultural hotbed, too, meshing Iberian and North African influences. This expresses itself in the food, the architecture and a laid-back way of life.

Andalusia is also home to Europe’s only desert, the Desierto Tabernas, which is a popular spot for Hollywood shoots, and a number of Wild West film sets still survive and are now open to the public.

Up to eight flights per week

Nestled between the Dalmatian mountains and the Adriatic Sea, Dubrovnik has become synonymous with Game of Thrones in recent years but has a long and storied past, with its imposing 800-year-old city walls encircling a warren of characterful streets filled with historic architecture and monuments.

The city makes a great base to explore the wider Dalmatia region, with breath-taking scenery, crystal-clear waters and unspoilt shale beaches.

You may also be interested in:  Munich Airport International strengthens commitment to the Asian aviation market with the opening of its regional office in Singapore

Flights this summer start from £177pp with Tui (for an 11-night trip departing 14th May) and you can also fly to Dubrovnik with easyJet and Jet2.com from Manchester.

Up to 18 flights per week

Gran Canaria is also a hotspot for active holidays. The east coast’s choppy waves make it a popular spot for water sports, and Roque Nublo, a rocky outcrop at the heart of the island’s interior mountain range, is a big draw for climbers, from experts to novices.

You can get to Gran Canaria from £73.48pp return with Ryanair (departing on 13th April and returning 25th April). You can also reach the island with easyJet, Jet2.com and Tui.

Up to 26 flights per week

Beaches are, without doubt, the main draw to Lanzarote, another Canary Island. From the Papagayo Beach that lies hidden between the mountains of Ajaches, to the golden fine sanded beach of Playa Grande, the choices for sunbathing spots and swimming in calm seas are endless.

Lanzarote’s other highlight is its remarkable volcanic landscape, which is best experienced in the other-worldly Parque Natural de los Volcanes (no prizes for translating this one!). Camel treks across its ashen plateau are available.

Up to 32 flights per week

A bustling beachfront destination, Barcelona is great for a weekend break but can easily become a longer stay. The Catalan city offers no fewer than nine beaches, from vibrant city centre spots to more secluded shorelines.

Barcelona’s food is a particular highlight and visitors can also take a tour of Camp Nou, one of the world’s largest stadia and home to the globally renowned FC Barcelona.

You can reach Catalonia’s capital from only £69.98pp return with Ryanair (flying out 25th June and returning 28th June) or alternatively, you can travel with easyJet, Jet2.com and Vueling.

Up to 35 flights per week

For generations of partygoers, Ibiza has been a firm fixture on the bucket list, with some of the most exclusive nightclubs and entertainment venues on the planet.

Scratch beneath the surface, though, and you’ll find an island seeking to diversify its image and its offering for visitors. Ibiza boasts everything from a quaint Old Town to a vibrant food and drink scene and a plethora of yoga retreats.

You may also be interested in:  Emirates kick-starts its multi-billion dollar project with upgrade of entire interior cabins of 120 Airbus A380 and Boeing 777 aircraft

You can travel to Ibiza from just £166pp return from Manchester with Jet2.com (7th – 14th July). You can also reach the Balearic island with Tui, easyJet and Ryanair.

Up to 39 flights per week

The main hub for Portugal’s Algarve, Faro itself boasts a quaint and characterful Old Town with cobbled streets, a 13th Century Cathedral and an attractive marina, dotted with restaurants and bars. It is flanked by a string of coastal resorts with some of Europe’s very best sandy beaches. Albufeira is home to the Algarve’s party scene and is a short trip from Faro.

Fly with Ryanair this summer from only £65.89pp return (depart on 19th June and arrive back on 27th June), and you can also travel to Faro with easyJet, Tui and Jet2.com.

Up to 39 flights per week

Malaga sits on the southern coast of Spain, offering guaranteed hot summer weather and vast expanses of sandy shoreline. Its cultural gems are often overlooked – the city was the birthplace of Pablo Picasso and has a museum dedicated to his memory, housing many of his famous works. Malaga also has a well-preserved Roman amphitheatre and some of Spain’s best seafood.

Fly to the Costa del Sol from £151pp return with Jet2.com (19th – 26th June). You can also reach Malaga from Manchester with Tui, easyJet and Ryanair.

Up to 44 flights per week

If you like combining sunshine with adventure, Tenerife boasts some awe-inspiring experiences. Ride a cable car 3,335m to the summit of Mount Teide and take in the incredible views of the national park that surrounds it. Alternatively, visit the cliffs of Los Gigantes, where you can relax on the beach, or cruise the waters by taking a boat trip from the nearby marina.

The island is packed full of activities for the entire family to enjoy. Siam Park, voted the world’s best (and biggest) water park 6 years in a row, boasts heated pools, a white sand beach and stunning waterfall.

Up to 52 flights per week

Alicante is the heart of the Costa Blanca, or ‘White Coast’ – so named for its pristine white sand beaches, stretching over 120 miles of Spanish coastline.

If you’ve had your fill of sunbathing and want to do some sightseeing, check out the historic Castillo de Santa Bárbara, an imposing medieval fortress which sits atop Mount Benacantil. Tour the ruins, and take in the sweeping Mediterranean views from the old keep tower.

You may also be interested in:  Qatar Airways supports IRONMAN Group as the official Airline Partner the Global IRONMAN® Series and IRONMAN® 70.3® Series

Up to 56 flights per week

Dalaman has grown exponentially in popularity over recent years. It is a gateway to over 100km of Turkish Aegean coastline, dotted with charming resort towns and numerous attractions, both natural and historic.

The eye-catching Kumburnu beach extends like a pier into a deep blue lagoon, and is a great spot for snorkelling, whilst nearby Babadağ mountain is a world-renowned launch site for paragliding. Once finished, visit the port town of Fethiye for its lively markets and outstanding local cuisine.

You can join more than 200,000 flying from Manchester to Dalaman this summer, from only £296pp return (Jet2.com, 30th June – 7th July). You can also reach Dalaman with easyJet, Tui, Corendon Airlines, Pegasus Airlines and Sun Express.

Up to 60 flights per week

Antalya is the most popular spot in Turkey for visitors from Manchester and offers a blend of incredible beaches, a picturesque Ottoman harbour, amazing food and world-class museums.

The area around Antalya has been a cultural hotspot since antiquity and visitors can admire Greek and Roman ruins, including the monumental ancient city of Perge and the 2,000-year-old Hardian’s Gate, which still stands guard at the entrance to Antalya’s Old Town.

Up to 75 flights per week

Mallorca, the largest of Spain’s Balearic islands, is also the top destination for those departing from Manchester for some sunshine this summer. More than 300,000 are set to travel from the Northern hub, and it’s easy to see why – Mallorca caters to all tastes, from the party scene of Magaluf to tranquil national parks and wide expanses of spotless golden beaches.

For those wanting to try something a little different, the spectacular Caves of Drach, formed up to 20 million years ago, extend for over 4km under the east coast of the island.

Visit Mallorca with flights from only £136pp return pp return with Jet2.com (3rd – 10th July). You can also reach this holiday hotspot with Tui, easyJet and Ryanair.

**All prices correct at the time of writing, but may be subject to change. Prices quoted are for flights only and may not include hold baggage.