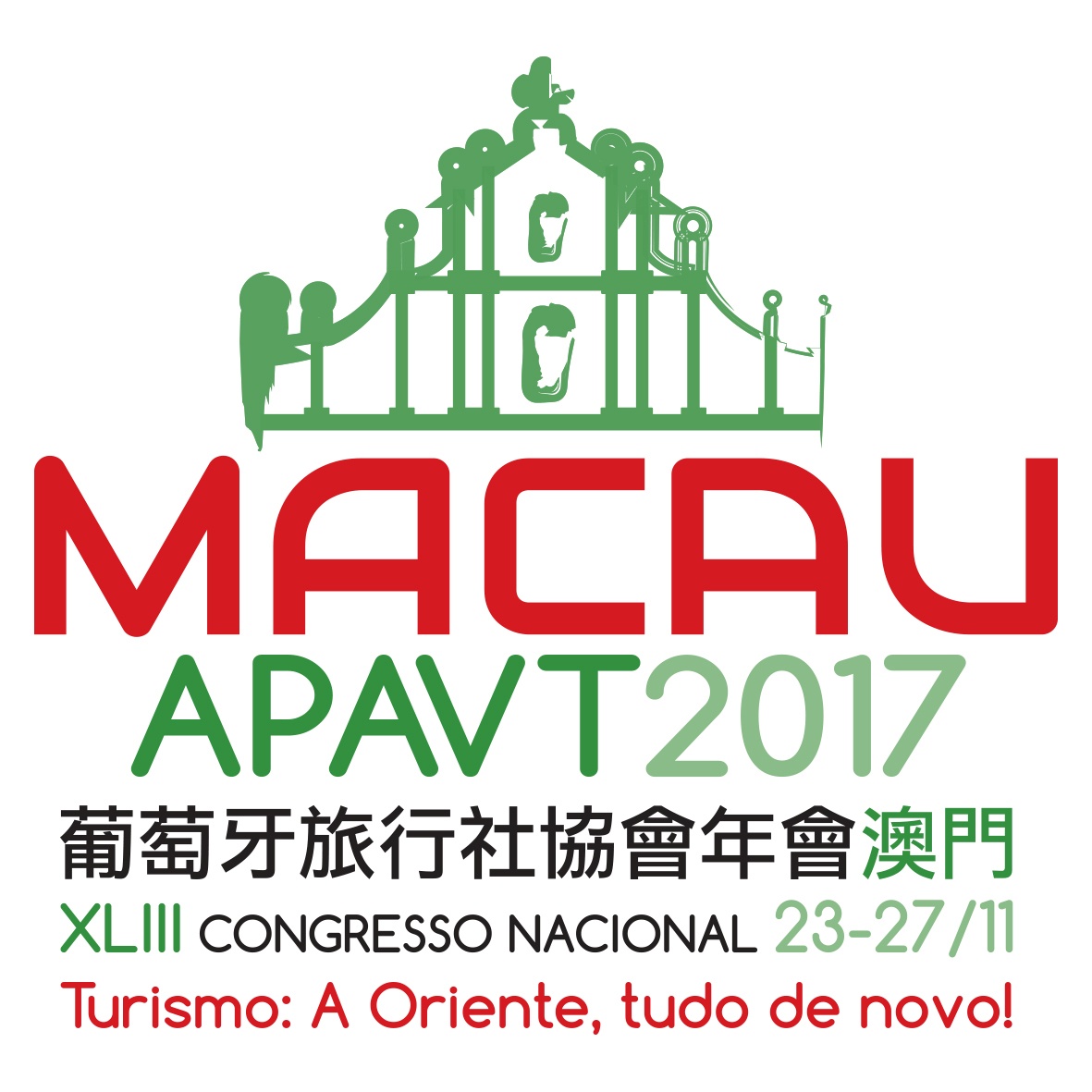 MACAO, 2017-Nov-13 — /Travel PR News/ — Macao Government Tourism Office and the Portuguese Association of Travel and Tourism Agencies (APAVT, from its Portuguese acronym) are finalizing the preparations for the 43rd National Congress of APAVT, scheduled for November 23 to 27 in Macao. The congress will offer Portuguese tourism professionals a firsthand update on the city’s tourism offer, contributing to stimulate the diversification of visitor-source markets. The event will also reinforce Macao’s role as a platform for relations between China and Portuguese speaking countries, with one of the highlights of the programme including a session for business contacts between Portuguese travel trade and counterparts from Mainland China.

The National Congress of APAVT kicks off with an opening ceremony in the morning of November 23 at the Macau Tower Convention and Entertainment Centre. Secretary for Social Affairs and Culture of the Macao SAR Government, Alexis Tam, along with the Secretary of State for Tourism of Portugal, Ana Mendes Godinho, and APAVT President, Pedro Costa Ferreira, will speak at the opening of the event.

Around 650 delegates registered and several influential speakers lined-up
Under the theme “Tourism: In the East, all new!”, the congress will gather in Macao hundreds of Portuguese professionals from a diverse range of tourism activity to zoom-in on internal topics of the tourism industry in Portugal and to look at the opportunities of visitors exchanges with Macao and nearby regions. The event in Macao attracted around 650 registrations, which is a record high in the recent history of the congress, according to the past records of APAVT.

The working sessions of the congress will focus on themes such as Portugal’s relations with the East, opportunities brought to tourism by digital transformation, the role of tourism in the reinvention of the economic growth in Portugal, among other topics. A study on travel agencies, its dimension and benefit to the Portuguese economy will also be presented during the congress.

Macao as a platform for Mainland and Portuguese travel trade
One of the highlights of the congress in Macao is a workshop and networking session to boost contacts and business opportunities in tourism between China and Portugal, taking advantage of Macao’s role as a platform for relations between China and Portuguese speaking countries. The workshop will bring together Portuguese travel trade with representatives from around fifty travel agencies from major cities in Mainland China interested in exploring the Portugal-Europe-China market.

The programme of the congress also includes a treasure hunt for delegates to explore in a leisurely way the Historic Centre of Macao listed by UNESCO as world heritage. There will be also visits to other attractions in Macao, Taipa and Coloane.

Held in Macao for the fifth time, second after the establishment of the Macao SAR, this major annual meeting of Portuguese travel trade has been providing over the years a regular update of the tourism offer in the city, helping to stimulate tourism relations between the two sides. The past editions of the congress in Macao were held in 1982, 1990, 1996 and 2008. Established in 1950, APAVT is the most representative association of the Portuguese tourism industry.