2012-12-19 — /travelprnews.com/ — After the recent celebrations among the properties of LUX* Resorts for the first year anniversary of the group, LUX* Maldives showcases a thrilling Christmas and New Year program for its guests featuring pop up ice cream parlours, film screenings on the beach, special treats such as messages in bottles and honesty secret bars or unforgettable experiences tailor made for the most discerning guests.

One year and several awards later, LUX* Maldives invites one of the Asia best-selling DJs and music producers, Australian- born DJ Chozie to take residency at the resort during the festive season and perform on the island. After gaining his reputation on the Australian night scene and contributing to build the Asian dance scene in Beijing, DJ Chozie brings his unrivalled music selection to the island and to the Maldives for the very first time.

On Christmas’ Eve, the festive program kicks off with a breathtaking sunset cocktail lounging by one of the most celebrated infinity pool of the Maldives at Senses Restaurant while DJ Chozie showcases some of his best spinning skills with a special sunset gig designed for LUX* before heading to The Beach for the after dinner Christmas Party. A lavish buffet completes the evening with a fabulous array of flavors from East to West at both of the island buffet restaurants. Boasting one of the biggest and most complete children’ facilities in the Maldives, PLAY – the resort kids club – rolls out a program of its own for the young ones. With a Christmas Carol concert and flows of festive cookies aptly made for the occasion during the Cake Boss cooking class, children & parents will be waiting for Santa to magically appear…from the water on Christmas day! LUX* Maldives puts forward the uniqueness and authentic energy of island life throughout the festive season with family treasure hunt contests, whale sharks safaris with the resident marine biologist and an enticing wellness program at LUX* Me SPA.

Among the themed events planned at the resort, DJ Chozie will spin the night away on barefoot disco nights, true Masquerade Parties and is set to light up the island right on the 31st for the New Year’s White Party. Glowing under the stars, all the guests will be invited to dress-to-impress in white and celebrate the New Year after dining at one of the sumptuous resort buffets or at the signature restaurant Allegria with a gourmet set menu. Surprise dance shows, fire flying-dancers and bartenders flair gigs are just few of the highlights of the night which will welcome the New Year in island-style. 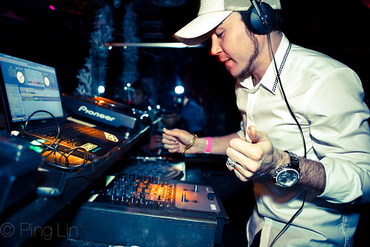