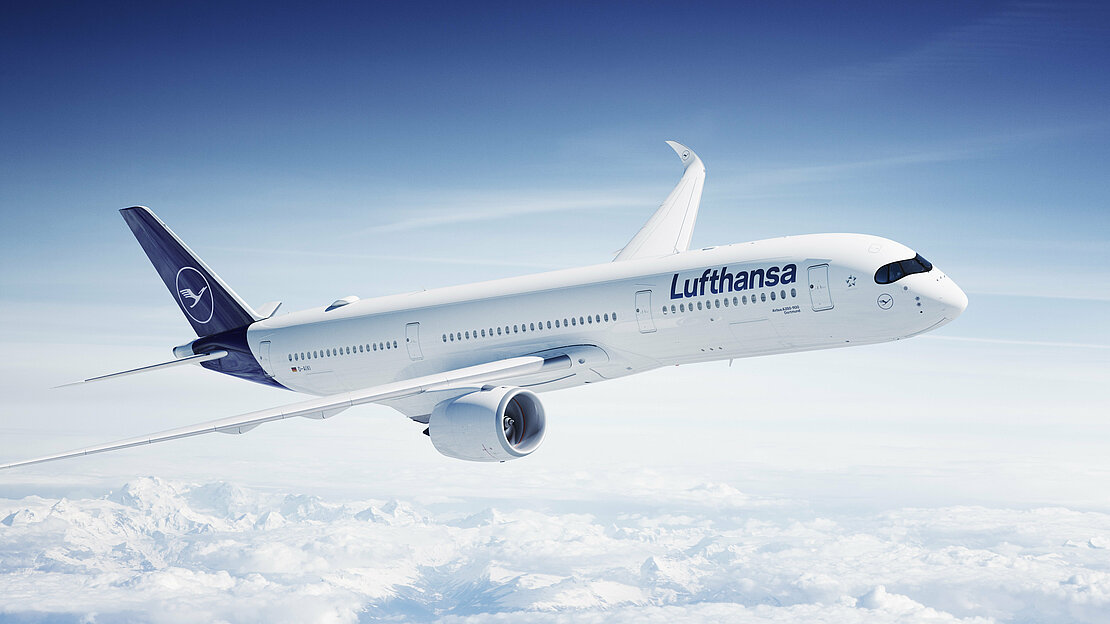 Lufthansa Group to expand A350 fleet to 21 aircraft

Cologne, Germany, 2021-Oct-07 — /Travel PR News/ — The Lufthansa Group is accelerating the modernization of its long-haul fleet. The Group signed leases for four state-of-the-art and fuel-efficient Airbus A350-900 aircraft with the lessors Avolon, SMBC Aviation Capital Ltd. and Goshawk. As a result, the Group’s A350 fleet will grow to 21 aircraft at the beginning of 2022.

The Airbus’ A350-900 are scheduled to enter service with Lufthansa’s core brand from the first half of 2022, strengthening the five-star airline’s premium offering.

“The Airbus A350 is one of the most modern aircraft of our time. Extremely fuel-efficient, very quiet and much more economical than its predecessors. Our customers appreciate not only the sustainability but also the premium flight experience with this aircraft. The lease agreements allow us to remain flexible in fleet planning and make the most of exceptional market opportunities.”

The twin-engine Airbus A350-900 aircraft consume only around 2.5 liters of kerosene per passenger per 100 kilometers flown. That is around 30 percent less than their predecessors, with a correspondingly positive impact on the carbon footprint. The aircraft will primarily replace four-engine long-haul aircraft from the Airbus A340 family. By the middle of the decade, the proportion of four-engine aircraft in the long-haul fleet as a whole is expected to fall to below 15 percent. Before the crisis, the share was around 50 percent.

You may also be interested in:  Aer Lingus announces direct flights between Dublin and Santorini, starting May 2021

Furthermore, the new, fuel-efficient aircraft will reduce operating costs by around 15 percent compared with the types they will replace.

As part of its comprehensive, long-term fleet modernization program, the Lufthansa Group will take delivery of a total of further 177 short-, medium- and long-haul aircraft this decade.