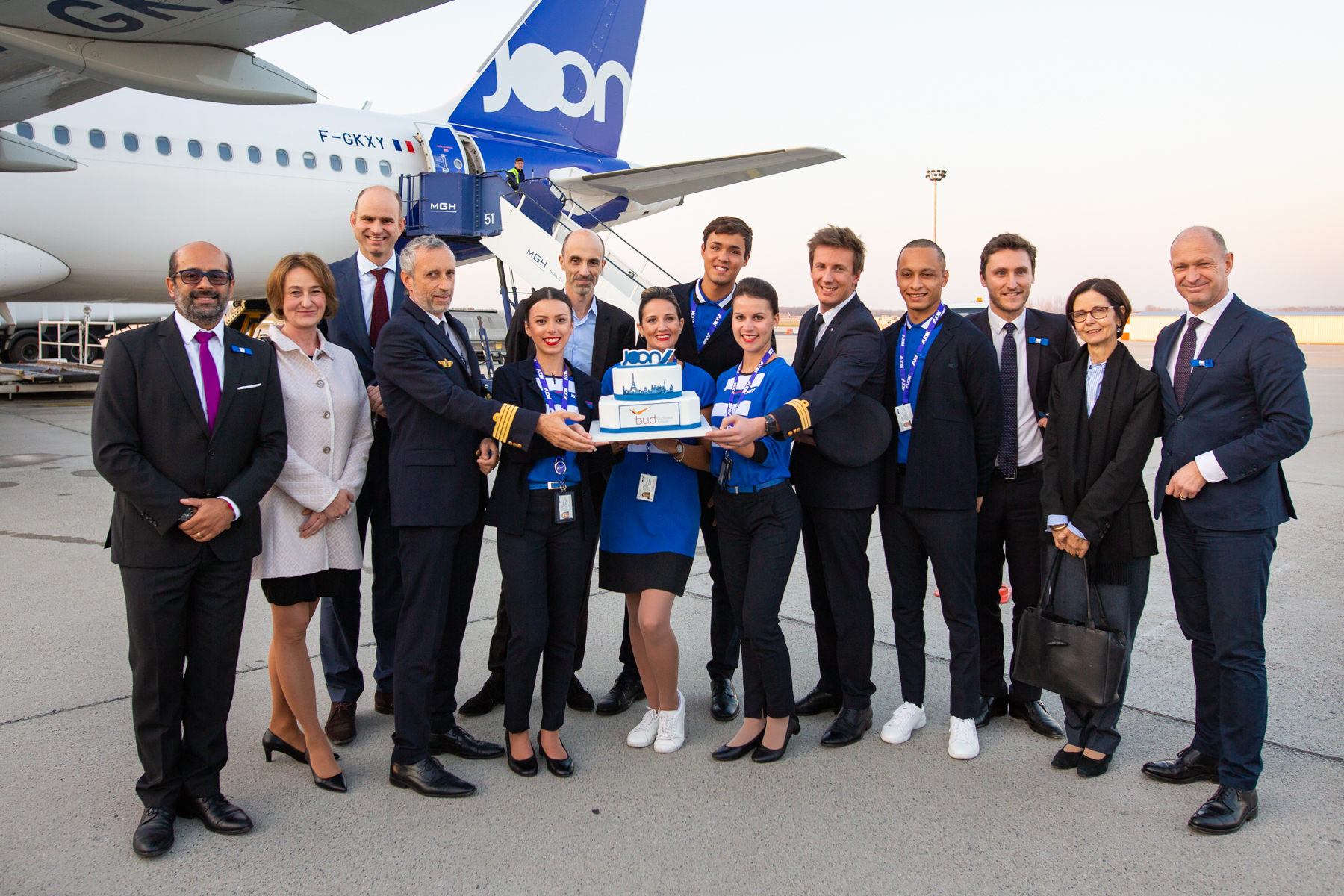 JOON starts three flights per day between the Budapest and Paris

BUDAPEST, Hungary, 2018-Nov-12 — /Travel PR News/ — Following a quiet start on 28 October, the first flight between Paris Charles de Gaulle (CDG) and Budapest Airport by JOON, the new generation travel experience by Air France, was officially launched on 8 November. The inauguration ceremony was attended by the French ambassador to Hungary, the regional director from Air France KLM, the CEO of Budapest Airport and the CEO of JOON.

From the beginning of the winter schedule, the three flights per day between the Hungarian and French capitals, operated earlier by Air France, are now flown by JOON, a carrier launched in 2017. The flights continue to offer the same connectivity in the extensive Air France and KLM network that passengers are accustomed to.

The flight launch event, which of course included the water canon salute provided by the airport firefighters, was attended by Pascale Andréani, the French ambassador to Hungary, Jost Lammers, the CEO of Budapest Airport, Thijs Komen, the regional director from Air France KLM and Jean-Michel Mathieu, the CEO of JOON.

“We are delighted that JOON, Air France’s sister carrier, chose Budapest as one of its first destinations from Paris,” highlighted Jost Lammers, the CEO of Budapest Airport. “We are certain that this airline will be popular amongst Hungarian travelers; with its youthful and dynamic image and service quality, it offers something brand new in the market. With the appearance of JOON, the number of seats available to passengers on the Budapest-Paris route has increased by 16%. There is sure to be demand for this expansion, as approximately 600 000 people travel between the two capitals annually, and this number is growing continuously, and could reach 700 000 by the end of this year.”

Jean-Michel Mathieu, the CEO of JOON said: “I am very proud of the fact that JOON, the new generation travel experience by Air France, is flying to this beautiful city in the heart of Europe. JOON enables the successful operation of the route for Air France going forward. This winter, with three flights, and from the 2019 summer schedule, with four a day, we are providing 16% more seats for passengers.”

JOON brings a new approach to the world of airlines; its services have been formulated according to the latest travel trends and needs. The Budapest-Paris flight is part of an intensive expansion strategy. Concurrently with the Hungarian capital, JOON is also commencing operation to Bergen in Norway, known as the gateway to the fjords.

The latest wave of new flights follows JOON’s summer expansion program, when it launched several long haul flights from Paris, to Cairo, Cape Town, Fortaleza, Mahé and Mumbai, but now we can also fly JOON to Rome, Naples and Istanbul, in addition to Berlin, Barcelona, Porto and Lisbon. In the summer of 2019, they will commence operation from Paris to Quito, the capital of Ecuador and the island of Saint Martin in the Caribbean, and will also add Madrid, Stockholm, Prague and Manchester to their European network.