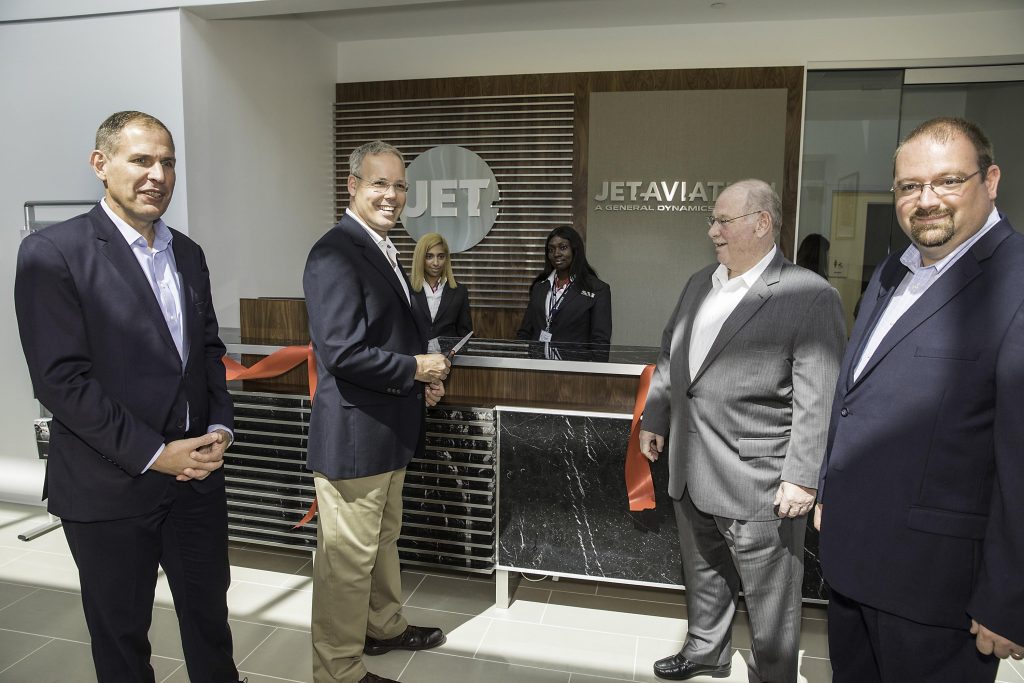 Cahokia, IL, 2017-Sep-25 — /Travel PR News/ — Jet Aviation celebrated the opening of a new FBO (fixed-base operation) at Hanscom Field at Boston/Bedford on August 22 with a ribbon-cutting performed by the first customer to enter the building.

The two-story, 12,000-square-foot facility opened for business officially after the red ribbon was cut by Bob Braceland, director, Executive Aircraft Operations at Raytheon, who served as the ceremonial first customer. The opening was followed by a catered lunch for Jet Aviation’s tenants, customers and staff at the FBO.

“Opening this state-of-the-art facility is a big step into the future of premium service for our customers and the community,” said John Langevin, vice president of Jet Aviation FBO Operations in North America. “We’re proud to complete this building that was designed and built to improve safety and efficiency, as well as be more protective of the environment by meeting the standards of the United States Green Building Council.”

The FBO opening followed a grand-opening event in June for the adjacent new 40,000 square-foot hangar. The FBO features two customer lounge areas, two pilot shower rooms, a snooze room and a pilots’ lounge with two privacy rooms. There are also two conference rooms with full video-conferencing capabilities. Now that the FBO team is occupying the new space, the old FBO building will be offered for lease.