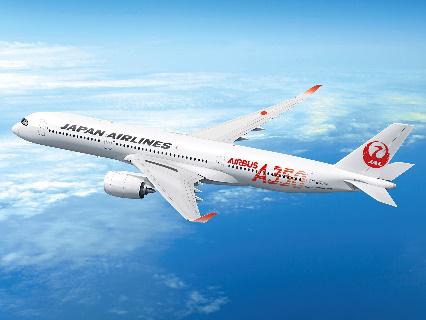 Tokyo, Japan, 2020-Jan-16 — /Travel PR News/ — Japan Airlines Co., Ltd. (JAL) has entered into a Memorandum of Understanding (MOU) with the University of Hong Kong’s Department of Japanese Studies in the School of Modern Languages and Cultures and the Global Japan Studies Research Network in the Institute for Advanced Studies on Asia at the University of Tokyo, with the aim of enhancing collaborative opportunities for both staff and students. The MOU, which was signed in Tokyo on December 10, 2019, formalizes existing cooperative ties between the three parties, particularly in the area of the two institutions’ summer programs.

JAL is a long-time supporter of the University of Hong Kong and University of Tokyo joint summer program. The program was first launched in August 2013 and provides opportunities for students from both institutions to engage with business and academic leaders, and gain greater insight into the social, cultural and commercial ties that connect Japan and Hong Kong. The MOU will enable further cooperative activities between JAL and the two universities, including visits and exchanges of faculty and students, joint research initiatives, and the identification of other areas for potential collaboration.

Established in 1985, the University of Hong Kong’s Department of Japanese Studies is located in the School of Modern Languages and Cultures, Faculty of Arts. It offers both postgraduate and undergraduate programs in Japanese Studies, and its scholars conduct innovative, interdisciplinary research on Japan.

The University of Tokyo’s Global Japan Studies Research Network is housed in the Institute for Advanced Studies on Asia. Its primary focus is to disseminate Japan Studies research undertaken at the University and to promote fruitful dialogues between Japanese studies scholars inside and outside Japan.

Japan Airlines (JAL) was founded in 1951 and became the first international airline in Japan. A member of the oneworld® alliance, the airline now reaches 405 airports in 66 countries and regions together with its codeshare partners with a modern fleet of 238 aircraft. Awarded as one of the most punctual major international airlines and a certified 5-Star Airline by Skytrax, JAL is committed to providing customers with the highest levels of flight safety and quality in every aspect of its service, and aims to become one of the most preferred and valued airlines in the world.