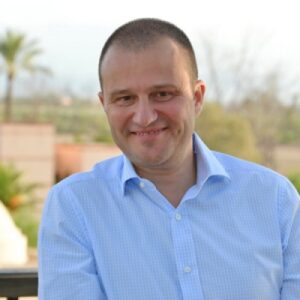 Tamarindo, México, 2021-Mar-03 — /Travel PR News/ — Four Seasons Resort Tamarindo, Mexico welcomes General Manager Felix Murillo, who has spent almost three decades in various positions at Four Seasons Hotels and Resorts worldwide. Murillo will lead this oceanfront oasis through pre-opening and its opening, slated for late 2021. With a plethora of knowledge from opening award-winning hotels and resorts in the brand´s portfolio, Murillo brings a breadth of luxury hospitality experience, a deep respect for the undiscovered destination and an intimate understanding of the community to his new role.

Overseeing every detail of this project, Murillo is elated to open the Resort as well as introduce a new destination in this relatively untouched part of Mexico’s Pacific Coast. On more than 3,000 acres (1,200 hectares) of land, the Resort sits on the largest privately owned natural reserve in the brand’s portfolio. Only 2 percent of the reserve will be developed, leaving 98 percent wild. Murillo is extremely passionate about the “rewilding” practices on-site that support natural ecosystems within the reserve and allow them to flourish.

“Everything at this Resort – from the ocean to the Temazcal, the nature, culinary practices, spirit and genuine care of the team – is a path for the guest to reconnect with the Earth, oneself and each other,” states Murillo. “This project offers a unique opportunity to develop a distinctly Four Seasons quality of service in the region and contribute to its growth with an incredible collaboration of Mexican talent.”

Married with two children, Lucas and Sofia, and his majestic German shepherd Lola always by his side, Murillo and his wife Bettina met at Les Roches Hotel Management School in Switzerland. Murillo and Bettina worked for Four Seasons, often at the same time at different properties in different countries. Murillo is passionate in everything he does, and nothing pleases him more than to take on new challenges. Four Seasons Resort Tamarindo is the ultimate challenge, as it will be an opportunity for Murillo to open a brand-new and one-of-a-kind Resort that he will help shape into a luxury destination. The Resort is an incredible collaboration of passionate Mexican artisans, where Murillo is proud to unite a team of culinary experts, designers, and the industry’s brightest minds to open this Resort.

Set to open in late 2021, Four Seasons Resort Tamarindo, Mexico is nestled within a natural reserve in a secluded enclave on Mexico’s Pacific Coast. The Resort’s undiscovered location and unique topography offer access to three private swimmable beaches, an oceanfront David Fleming designed links golf course and back-to-nature adventure activities. In addition, the Resort will boast 155 guest rooms, 63 of which are suites, four distinct dining venues, three infinity pools, a spa centred around the four elements, and a Discovery Center. The property’s “low density” invites guests to connect to nature through a deep respect for natural systems and the health and wellbeing of the environment.