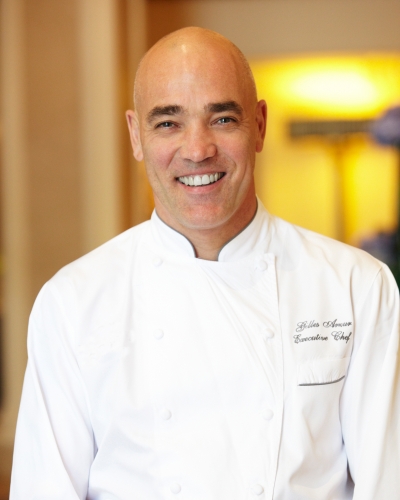 Mauritius, 2021-Dec-21 — /Travel PR News/ — Four Seasons Resort Mauritius at Anahita has appointed Gilles Arzur as Executive Chef to oversee the Resort’s newly enhanced culinary outlets and all kitchen operations. In his new role, Arzur will now find his home among the individual pool villas and exotic nature of the Resort, where a total of five restaurants and the brand new BluBar provide an international selection of dining experiences.

Commenting on his new role, Arzur says: “It’s an incredible time to be joining the Resort. The newly refurbished outlets and excitement of reopening bring even greater momentum to each day. Mauritius is famous for its diverse culture and from this comes a rich variety of much-loved local dishes that are accessible to everyone who visits the island – not too bold or spicy, but full of flavour. This innate island passion for food is what we want to show through our new culinary offerings, as we highlight the very best of Mauritius through both the ingredients and the craftsmanship of our team.”

Before joining the team in Mauritius, Arzur’s global career saw him transition between a variety of roles in Europe, the US and Middle East, as well as enjoying a taste of island life in French Polynesia. Now, in Mauritius, Arzur will oversee BluBar and the Resort’s five restaurants: the new seafood-inspired Asian restaurant of Umi.Zaka; the central beach hub of Bambou for all day dining refreshment; authentic Italian dishes in the tranquil lagoon-front setting at Acquapazza; the modern French bistro of Beau Champ; and La Plaz beach grill, which is located on the exclusive Four Seasons beach on the nearby island of Ile aux Cerfs and reached via a 15-minute boat ride from the Resort.